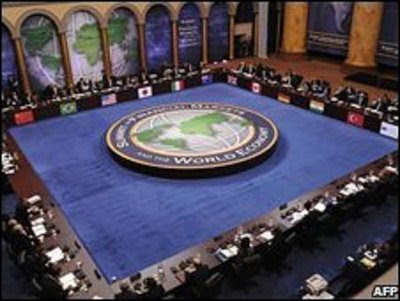 The Winter of 2008-2009 will prove to be the winter of global economic discontent that marks the rejection of the flawed ideology that unregulated global financial markets promote financial innovation, market efficiency, unhampered growth and endless prosperity while mitigating risk by spreading it system wide. For more than three decades mainstream neoliberal economists have preached, and regulators have accepted, the myth of the efficiency of unregulated markets, ignoring the critical lesson provided by John Maynard Keynes’s analysis of interconnection of financial markets and the international payments system.

Those who do not learn the lessons of history are bound to repeat its tragedy. Neoliberal economists in the last three decades have denied the possibility of a replay of the worldwide destructiveness of the Great Depression that followed the collapse of the speculative bubble created by unfettered US financial markets of the “Roaring Twenties”. They fooled themselves into thinking that false prosperity built on debt could be sustainable with monetary indulgence. Now history is repeating itself, this time with a new, more lethal virus that has infested deregulated global financial markets with “innovative” debt securitization, structured finance and maverick banking operations flooded with excess liquidity released by accommodative central banks. A massive structure of phantom wealth was built on the quicksand of debt manipulation. This debt bubble finally imploded in July 2007 and is now threatening to bring down the entire global financial system to cause an economic meltdown unless enlightened political leadership adopts coordinated corrective measures on a global scale.

The US sub-prime mortgage problem that started in 2007 has developed predictably to a morass that has caused the abrupt failure of interconnected financial markets and threatened the viability of financial institutions worldwide as contagion spread at electronic speed via an antiquated, dsyfunctional international payments system.

To arrest the global financial meltdown, much can be learned from Keynes’s vision of how the international payments system should work to permit each country to promote a national full employment policy without having to fear balance of payments problems or to allow financial incidents in other countries to infect the domestic banking and non-bank financial systems.

Another Great Depression can be avoided if world leaders would reconsider John Maynard Keynes’s analytical system that contributed to the golden age of the first quarter century after World War II. The undersigned and others have long advocated a new international financial architecture based on an updated 21st century version of the Keynes Plan originally proposed at Bretton Woods in 1944.

This new international financial architecture will aim to create (1) a new global monetary regime that operates without currency hegemony, (2) global trade relationships that support rather than retard domestic development and (3) a global economic environment that promotes incentives for each nation to promote full employment and rising wages for its labor force.

Political Economy Research while accepting Henry CK Liu criticisms of neo liberalism calls readers attention to a lecture by David Harvey on Enigma of Capital at top right of this page which amongst many things deals with the question of regulatory capture.

Regulatory capture is how capitalists capture the regulatory organisations because of the esoteric character of the financial instruments they create like complex derivatives.Hence regulation ends up as self regulation which leads to excess.

The banning of these derivative products is what is required not their regulation has that is a chimera.

We are Post Keynesians, yes but we want the renewal of Marxist Political Economy in the 21st Century. A Political Economy that understands class struggle, it is time we fought back against the class war that the captalist class has been waging against us instead of being its victims.
Posted by nickglais at 11:26 AM