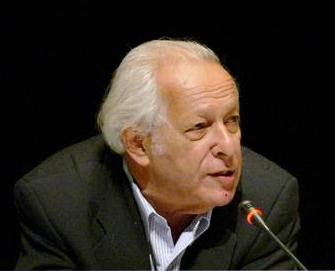 
Paper introducing the World Forum of Alternatives, in Caracas, october 2008

The financial crisis could not be avoided

The violent explosion of this crisis did not surprise us; I mentionned it a few months ago while the conventional economists were ignoring its coming development and consequences, especially in Europe. In order to understand it we must get rid of the conventional definition of the system which qualifies it as “neo-liberal” and “global”. This definition is superficial and masks the essential. The current capitalist system is dominated by a handful of oligopolies that control the basic decisions making of the world economy.

These oligopolies are not solely financial; such as the banks or the insurance companies, but include enterprises involved in industrial production, services, transports and the like. The way they are financiarized is their chief characteristic. We must understand here that the main source of economical decision has been transferred from the production of surplus value in production towards the redistribution of profits between the oligopolies. To that effect the system needs the expansion of financial investments. In that respect the major market, the one which dominates all other markets, is precisely the monetary and financial market. This is my definition of the "financiarization" of the global system. Such a strategy is not the result of independent "decisions" of banks, it is rather that the choice of the “financiarized” groups. These oligopolies hence do not produce profits; they just swipe the monopolies’rent through financial investments.

This system is extremely profitable for dominating sectors of the capital. Thus, the system should not be qualified "market economy" (which is an empty ideological qualification) but as a capitalism of financiarized oligopolies. However, financial investment could not continue indefinitely, while the productive basis was growing at a low rate. Consequently, we have the logic of a “financial bubble”, the sheer translation of the financial investments system. The gross amount of financial transactions reaches two thousand trillion alone, while the world GDP is 44 trillion only. Quite a huge multiple! Thirty years ago, the relative volume of such transactions did not have this extent.

As a matter of fact, those transactions were directed in general and expressly to cover the operations linked to production, and internal and external trade. The overall outlook of this financed oligopolies system was – as I said previously- the Achilles’ heel of that capitalist structure. The crisis was doomed to be initiated by a financial collapse.

Behind the financial crisis, the systemic crisis of the aging capitalism

To attract the attention on the financial collapse is not enough. Behind it, a crisis of real economy is standing out, since the financial drift was continuously asphyxiating the growth of the production basis. Solutions brought to the financial crisis can just lead to a crisis of the real economy, i.e. a relative stagnation of the production with its side effects: regression of wages, growth of unemployment, growing precariousness and aggravation of poverty in the Southern countries. We must speak now about depression and no more about recession.

Behind this crisis, the systemic crisis of capitalism is looming right after. The pursuit of the model based on the growth of the real economy –as we know it- and of the consumption attached to it, has become, for the first time in history a real threat for the future of humankind and the planet.

The major caracter of this systemic crisis is related to the natural resources of the planet, now less abundant than half a century ago. The North-South conflict constitutes for that reason the central axis of coming struggles and conflicts.

The production and consumption-waste system at the moment forbids the access to the world natural resources for the majority of the planet, i.e. the peoples of the South. Previously, an emergent country could take its share of these resources without questioning the privileges of the affluent countries. But today, it is no more the case. The population of opulent countries -15% of the planet’s population- has to monopolize for its own consumption and waste 85% of the world resources, and cannot tolerate that newcomers may reach these resources, since they would provoke shortages for rich people’s standard of living.

If the USA has formulated an objective of military control of the planet, it is because, without it, they cannot secure the exclusive access to these resources. As we know: China, India and the South as a whole need them as well for their development. For the USA, they must limit the access and ultimately, there is only one mean: war.

On the other hand, to preserve energy sources of fossil origin, USA, Europe and others develop production of bio-fuel projects to a large scale, to the detriment of food production, still accusing the rise of prices.

Illusory answers of the governing powers

Governing powers, under the rule of financial oligopolies, do not have any other project except to restore the same system. However, their success is not impossible, if they can inject enough liquidities to restore the credibility of the financial investments, and if the reactions of the victims –working classes and nations of the South- remain limited. But, in this case, the system steps back to better jump and a new financial collapse, still deeper, is unavoidable, since the “adjustments” for the management of financial and monetary markets are not wide enough, because they do not question the power of oligopolies.

Furthermore, answering the financial crisis by injecting phenomenal public funds to re-establish the security of the financial markets is amusing: first, profits were privatized, if they are jeopardized, the losses are socialised! Reverse, I win, head, you loose.

Conditions for a genuine positive answer to the challenges

To say that the State’s interventions may change the rules of the game, lessen the drifts, is not enough. We must define the logics of that intervention and its social purpose. Of course, we could come back in theory to the formulas associating public and private sectors, to a mix economy as it existed during the glorious thirties in Europe and at the time of Bandoung in Asia and in Africa, when State capitalism was largely dominant, accompanied by strong social policies. But this kind of State intervention is not on the agenda. Also, are the progressive social forces able to impose such a transformation? Not yet to my viewpoint.

The other choice is the toppling of the oligopolies’ exclusive powers, unthinkable without, finally, their nationalisation leading progressively to the socialisation of their management. End of capitalism? I do not think so. Yet, I submit that changes in classes' relations are possible, imposing adjustment to the capital, in answer to the demands of working classes and peoples. The conditions for such an evolution to occur imply the progress of social struggles, still fragmented and on the defensive position altogether, moving towards a political coherent alternative. In that perspective, the long transition from capitalism to socialism becomes possible. The advances in this direction are obviously always uneven from one country to the other and from one phase to the other.

The dimensions of this desirable and possible alternative are numerous and concern all aspects of economical social and political life. I will recall here the general lines of this necessary answer:

(i) The re invention by the working people of adequate organizations allowing the construction of their unity, bypassing the fragmentation due to the forms of exploitation (unemployment, precariousness and “informal”).

(ii) The awakening of theory and practice for democracy associated to social progress and respect of people’s sovereignty, not dissociated from them.

(iii) The emancipation from the liberal virus based on the myth that the "individual" has already become the subject of history. Frequent rejects of ways of living associated to capitalism (multiple alienations, patriarchal relations, consumerism and destruction of the planet) signal the possibility of this emancipation.

(iv) To get rid of atlantism (NATO) and militarism, associated to it, aiming at the organization of the planet on the basis of apartheid on the world scale.

In the countries of the North, the challenge is to avoid that the general opinion adopts a consensus in support of privileges unacceptable by the peoples of the South. The necessary internationalism goes through anti imperialism and not the “humanitarian”.

In the countries of the South, the strategy of the world oligopolies is to transfer the weight of the crisis on these peoples (devaluation of money reserves, fall of the export raw resources prices and rise of import ones). In counterpoint the crisis presents the opportunity for the renewal of national, popular, democratic alliance of working classes, and on that basis the move from a pattern of capitalist dependent development with growing exclusion of majorities towards an alternative pattern of inclusive development, in other words "delinking". This involves:

(ii) The control of modern technologies, accessible now (defeating the exclusive monopoly of the North, overprotected by WTO rules on industrial property).

(iii) The recuperation of the use of natural resources.

(iv) The defeating of global management, dominated by the oligopolies (WTO) and the military control of the planet by the USA and their allies.

(v) The liberation from the illusions of an autonomous national capitalism system as well as of passeist myths (para religious or para ethnic).

(vi) The agrarian question lies in the heart of decisive choices in Third world countries. An inclusive pattern of development needs an agrarian radical reform, that is a political strategy based on the access to the soil for all peasants (half of humankind). On the opposite, the solutions proposed by the dominant powers –to accelerate the privatization of arable soil, and its transformation into merchandise- lead to massive rural disintegration. The industrial development of the concerned countries being not able to absorb this overabundant manpower, this one crowds together in shantytowns or risks its life trying to escape in dugouts via the Atlantic Ocean. There is a direct link between the suppression of access to the soil and the migratory pressures.

(vii) Can regional integration, while encouraging the emergence of new development poles, constitute a resistance and an alternative? Regionalisation is necessary, maybe not for giants such as China, India or even Brazil, but certainly for many other regions in South-East Asia, in Africa or Latin America. Venezuela has rightly chosen to create ALBA (Bolivarian Alternative for Latin America and the Caribbean’s) and the Bank of the South (BANCOSUR), long before the crisis. But ALBA –an economical and political integration project- has not yet received the support of Brazil or even Argentina. However, BANCOSUR, whose aim is to promote another development, gathers these two countries, even though they still have a conventional conception about the role of this bank.

Progresses in this or that direction, North and South, the basis of workers and peoples internationalism, constitute the only guarantees for the reconstruction of a better, multipolar democratic world, the only alternative to the barbarism of the aging capitalism. More than ever, the struggle for the 21st century socialism is on the agenda.

Translated from French by Daniel Paquet for Investig'Action
Posted by nickglais at 1:51 PM