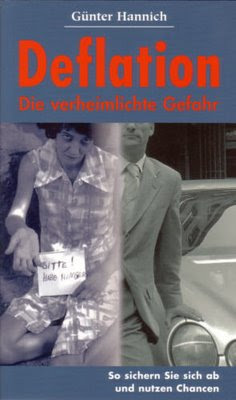 Extract from article by Bill Powell in TIME Magazine

At a high-powered international financial conference in Beijing over the weekend, a senior People's Bank of China official acknowledged to TIME that "if anything, we now need to fight against falling demand and possibly even falling prices."

At the core of the mounting concerns about deflation is this: the global financial system is going through a vicious process of deleveraging. Financial institutions are reducing debt and raising capital, either directly from governments or from private-sector sources. By desperately trying to rebuild their battered balance sheets and regain some semblance of investor confidence, banks and investment banks are not doing much lending. Indeed, the definition of deleveraging is reducing debt relative to assets. Assets, for banks, are loans. And these days pretty much everyone is deleveraging.

That doesn't bode well for global growth prospects. David Roche, president of Independent Strategy, an economic consultancy in London, notes that throughout most of this decade "the world economy has been used to using $4 to $5 of credit for every $1 of GDP growth." Even if this "profligate use of capital is halved," Roche argues, "it still means credit expansion of 10% to 15% is needed to achieve real growth of 2% to 3%." The problem: credit, far from expanding, is still contracting around the world — despite governments' efforts to salvage the financial system.

As Merrill Lynch economist King argues, it's likely that the deflationary forces will intensify as the result of a vicious cycle. As economic conditions deteriorate, bank lending naturally declines because the number of credit-worthy borrowers — whether corporate or individual — shrinks. In other words, financial institutions that got into their current egregious situation by making bad loans aren't going to recover by making more bad loans. Thus a declining economy leads to contractions in lending, which further dampens demand.

What's astonishing about the current cycle is how quickly the global economy got into this situation. Governments — from Ben Bernanke, chief of the U.S. Federal Reserve Board, to the Chinese communists to pretty much everyone in between — all know more or less that the only policy response available to them is to flood their economies with money. China announced a big stimulus package nearly two weeks ago, and in Beijing last weekend, government policymakers acknowledged that more is probably coming. In the U.S., another economic-stimulus plan seems inevitable; the Federal Reserve, meanwhile, is probably headed toward what in 1990s Japan became known as the ZIRP: zero-interest-rate policy. The Fed funds rate is already down to 1%, and the economy is still sinking. Rates have nowhere to go but down — all the way to zero. And by the time President-elect Barack Obama takes office in January, it's likely the U.S. will be debating what sort of tax relief to individuals and businesses might be best — mimicking policy discussions that are already occurring along the same lines in Europe and Asia.

The ferocity of the downturn under way, and the downward pressure it is putting on prices, cannot be underestimated, argues Shanghai-based independent economist Andy Xie. "The world doesn't need to just throw the kitchen sink at this to avoid a disastrous deflation, it needs to throw the bathroom sink, and the garage sink, and any other sink it can find." And it needs to hurry.