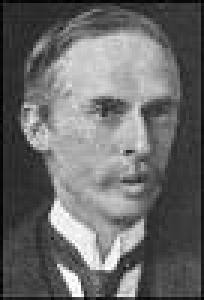 Picture of J.A.Hobson author of Imperialism 1902

Part I: A Structural Link

Robert B. Reich, former US Secretary of Labor and resident neo-liberal in the Clinton administration from 1993 to 1997 wrote in the September 14, 2007 edition of The Wall Street Journal an Opinion piece: CEOs Deserve Their Pay, as part of an orchestrated campaign to promote his new book: Supercapitalism: The Transformation of Business, Democracy, and Everyday Life (Afred A. Knopf).


Reich is a former Harvard professor and the former Maurice B. Hexter Professor of Social and Economic Policy at the Heller School for Social Policy and Management at Brandeis University. He is currently a professor at the Goldman School of Public Policy at the University of California (Berkley) and a regular liberal gadfly in the unabashed supply-side Larry Kudlow TV show that celebrates the merits of capitalism.


Reich’s Supercapitalism (2007) brings to mind Michael Hudson’s Super Imperialism: The Economic Strategy of American Empire (1972, 2003). While Reich, a liberal turned neo-liberal, sees “supercapitalism” as the natural evolution of insatiable shareholder appetite for gain, a polite euphemism for greed that cannot or should not be reined in by regulation, Hudson, a Marxist heterodox economist, sees “super imperialism” as the structural outcome of post-WWII superpower geopolitics with state interests overwhelming free market forces, making regulation irrelevant. While Hudson is critical of “super imperialism” and thinks that it should be resisted by the weaker trading partners of the US, Reich gives the impression of being ambivalent about the inevitability if not the benignity of “supercapitalsim”.


The structural link between capitalism and imperialism was first observed by John Atkinson Hobson (1858-1940), English economist, who wrote in 1902 an insightful analysis of the economic basis of imperialism. Hobson provided a humanist critique of neoclassical economics, rejecting exclusively materialistic definitions of value. With Albert Frederick Mummery (1855-1895), the great British Mountaineer who was tragically killed in 1895 by an avalanche whilst reconnoitering the Rakhiot Face of Nanga Parbat, an 8,000-meter Himalayan peak, Hobson wrote The Physiology of Industry (1889), which argued that an industrial economy requires government intervention to maintain stability, and developed the theory of over-saving that was given an overflowing tribute by John Maynard Keynes three decades later.


The need for governmental intervention to stabilize an expanding national industrial economy was the rationale for political imperialism. On the other side of the coin, protectionism was a governmental counter-intervention on the part of weak trading partners for resisting imperialist expansion of the dominant power. Historically, the processes of globalization have always been the result of active state policy and action, as opposed to the mere passive surrender of state sovereignty to market forces. Market forces cannot operate in a vacuum. They are governed by man-made rules. Globalized markets require the acceptance by local authorities of established rules of the dominant economy. Currency monopoly of course is the most fundamental trade restraint by one single dominant government.


Adam Smith published Wealth of Nations in 1776, the year of US independence. By the time the constitution was framed 11 years later, the US founding fathers were deeply influenced by Smith’s ideas, which constituted a reasoned abhorrence of trade monopoly and government policy in restricting trade. What Smith abhorred most was a policy known as mercantilism, which was practiced by all the major powers of the time. It is necessary to bear in mind that Smith’s notion of the limitation of government action was exclusively related to mercantilist issues of trade restraint. Smith never advocated government tolerance of trade restraint, whether by big business monopolies or by other governments in the name of open markets.


A central aim of mercantilism was to ensure that a nation’s exports remained higher in value than its imports, the surplus in that era being paid only in specie money (gold-backed as opposed to fiat money). This trade surplus in gold permitted the surplus country, such as England, to invest in more factories at home to manufacture more for export, thus bringing home more gold. The importing regions, such as the American colonies, not only found the gold reserves backing their currency depleted, causing free-fall devaluation (not unlike that faced today by many emerging-economy currencies), but also wanting in surplus capital for building factories to produce for domestic consumption and export. So despite plentiful iron ore in America, only pig iron was exported to England in return for English finished iron goods. The situation was similar to today’s oil producing countries where despite plentiful crude oil, refined petrochemical products such as gasoline and heating oil had to be imported.


In 1795, when the newly independent Americans began finally to wake up to their disadvantaged trade relationship and began to raise European (mostly French and Dutch) capital to start a manufacturing industry, England decreed the Iron Act, forbidding the manufacture of iron goods in its American colonies, which caused great dissatisfaction among the prospering colonials. Smith favored an opposite government policy toward promoting domestic economic production and free foreign trade for the weaker traders, a policy that came to be known as "laissez faire" (because the English, having nothing to do with such heretical ideas, refuse to give it an English name). Laissez faire, notwithstanding its literal meaning of “leave alone”, meant nothing of the sort. It meant an activist government policy to counteract mercantilism. Neo-liberal free-market economists are just bad historians, among their other defective characteristics, when they propagandize “laissez faire” as no government interference in trade affairs.


Friedrich List, in his National System of Political Economy (1841), asserts that political economy as espoused in England, far from being a valid science universally, was merely British national opinion, suited only to English historical conditions. List’s institutional school of economics asserts that the doctrine of free trade was devised to keep England rich and powerful at the expense of its trading partners and it must be fought with protective tariffs and other protective devises of economic nationalism by the weaker countries. Henry Clay’s “American system” was a national system of political economy. US neo-imperialism in the post WWII period disingenuously promotes neo-liberal free-trade against governmental protectionism to keep the US rich and powerful at the expense of its trading partners. Before the October Revolution of 1917, many national liberation movements in European colonies and semi-colonies around the world were influenced by List’s economic nationalism. The 1911 Nationalist Revolution led by Dr. Sun Yat-sen was heavily influenced by Lincoln's political ideas government of the people, by the people and for the people, and the economic nationalism of List until after the October Revolution when Dr. Sun realized that the Soviet model was the correct path to national revival.

Hobson’s magnum opus, Imperialism (1902), argues that imperialistic expansion is driven not by state hubris, known in US history as Manifest Destiny, but by an innate quest for new markets and investment opportunities overseas for excess capital formed by over-saving at home for the benefit of the home state. Over-saving during the industrial age came from Richardo’s theory of the iron law of wages according to which wages were kept perpetually at subsistence levels as a result of uneven market power between capital and labor. Today, job outsourcing that returns as low-price imports contributes to the iron law of wages in the US
domestic economy. See my AToL article: Organization of Labor Exporting Countries (OLEC).


Lenin was also influenced by Rosa Luxemberg, who three year earlier had written her major work: The Accumulation of Capital: A Contribution to an Economic Explanation of Imperialism (Die Akkumulation des Kapitals: Ein Beitrag zur ökonomischen Erklärung des Imperialismus, 1913). Luxemberg, together with Karl Liebknecht, founding leaders of the Spartacist League (Spartakusbund), a radical Marxist revolutionary movement that later renamed itself the Communist Party of Germany (Kommunistische Partei Deutschlands, or KPD), was murdered on January 15, 1919 by members of the Freikorps, rightwing militarists who were the forerunners of the Nazi Sturmabteilung (SA) led by Ernst Röhm.


The congenital association between capitalism and imperialism requires practically all truly anti-imperialist movements the world over to be also anti-capitalist. To this day, most nationalist capitalists in emerging economies are unwitting neo-compradors for super imperialism. Neo-liberalism, in its attempts to breakdown all national boundaries to facilitate global trade denominated in fiat dollars, is the ideology of super imperialism.

To Hudson, super imperialism is a state financial strategy to export debt denominated in the state’s fiat currency as capital to the new financial colonies to finance the global expansion of a superpower empire.

No necessity, or even intention, was entertained by the superpower of ever having to pay off these paper debts after the US dollar was taken off gold in 1971