A Greek Exit from the Euro - Made in Germany

Posted by nickglais at 2:33 PM No comments:

Posted by nickglais at 2:31 PM No comments:

Posted by nickglais at 1:42 PM No comments:

UN holds debate on State of the World Economy

Posted by nickglais at 3:01 AM No comments:

The Greek Exit from Euro ?

European politicians failed to see that the single currency's existence is in peril, trying to blame the system's failures on individual countries, Aditya Chakrabortty, lead economics writer for The Guardian newspaper, told RT
Posted by nickglais at 1:28 PM No comments:

The Struggle at UNCTAD and why it matters

Vijay Prashad: Southern countries defend mandate as the "North" pushes a "global supply chain" that could obliterate smaller countries
Posted by nickglais at 1:21 PM No comments:

Corporate Media and the Austerity Campaign

Bill Black: Most media treats austerity as a necessary solution, not a means to enforce the interests of finance
Posted by nickglais at 8:11 AM No comments: 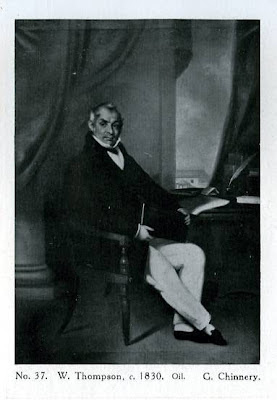 The first Irish socialist: A forerunner of Marx “It is a system which in its least repulsive aspects compels thousands and tens of thousands to fret and toil, to live and die in hunger and rags and wretchedness, in order that a few idle drones may revel in ease and luxury.” – Irish People, July 9, 1864 For Ireland, as for every part of Europe, the first quarter of the nineteenth century was a period of political darkness, or unbridled despotism and reaction.

The fear engendered in the heart of the ruling classes by the French Revolution had given birth to an almost insane hatred of reform, coupled with a wolfish ferocity in hunting down even the mildest reformers. The triumph of the allied sovereigns over Napoleon was followed by a perfect saturnalia of despotism all over Europe, and every form of popular organisation was ruthlessly suppressed or driven under the surface. But driving organisations under the surface does not remove the causes of discontent, and consequently we find that, as rapidly as reaction triumphed above ground, its antagonists spread their secret conspiracies underneath.

The popular discontent was further increased by the fact that the return home of the soldiers disbanded from the Napoleonic wars had a serious economic effect. It deprived the agriculturists of a market for their produce, and produced a great agricultural and industrial crisis. It threw out of employment all the ships employed in provisioning the troops, all the trades required to build, equip and repair them, all the industries engaged in making war material; and in addition to suspending the work and flooding the labour market with the men and women thus disemployed, it cast adrift scores of thousands of able-bodied soldiers and sailors, to compete with the civilian workers who had fed, clothed and maintained them during the war. In Ireland especially the results were disastrous, owing to the inordinately large proportion of Irish amongst the disbanded soldiers and sailors.

Those returning home found the labour market glutted with unemployed in the cities, and in the rural districts the landlords engaged in a fierce war of extermination with their tenantry, who, having lost their war market and war prices, were unable to meet the increasing exactions of the owners of the soil. It was at this period the great Ribbon conspiracy took hold upon the Irish labourer in the rural districts, and although the full truth relative to that movement has never yet been unearthed, sufficient is known to indicate that it was in effect a secret agricultural trades union of labourers and cottier farmers – a trades union which undertook, in its own wild way, to execute justice upon the evictor, and vengeance upon the traitor to his fellows.

Also at this time Irish trade unionism, although secret and illegal, attained to its maximum of strength and compact organisation. In 1824 the chief constable of Dublin, testifying before a committee of the House of Commons, declared that the trades of Dublin were perfectly organised, and many of the employers were already beginning to complain of the “tyranny of the Irish trades unions”. Under such circumstances it is not to be wondered at, that the attention which in the eighteenth century had been given to political reforms and the philosophy thereof, gave way in the nineteenth to solicitude for social amelioration.

Read more »
Posted by nickglais at 6:00 AM No comments:

Posted by nickglais at 10:11 AM No comments:

Posted by nickglais at 7:30 AM No comments:

Posted by nickglais at 7:03 AM No comments:

The Eurocrat puppet Monti is pushing labour market liberalisation - what fools they think we are - time to cut the strings of this puppet.

Posted by nickglais at 4:49 AM No comments:

May 1st and Independent Workers Movement

Posted by nickglais at 2:37 AM No comments: