The Fraud of Friedman's Free Lunch by Michael Hudson 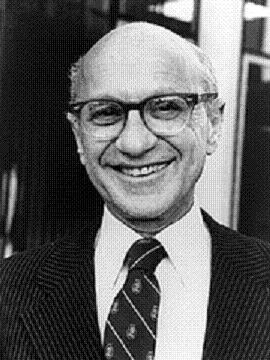 A century ago when the classical economists, Adam Smith, John Stuart Mill, in the reform era, tried to say look, there are some incomes that are not earned. Rent is not earned, it's an excess price. Interest is not earned, it's a monopoly price. Monopoly profits aren't earned, they're extortionate. All this was viewed (by classical economists) as something that government regulators should get rid of, either by not permitting it in price, or by holding the monopolies in the public domain, or by the land itself being either nationalized or taxed.

The classical economists divided almost the entire economy into productive and unproductive labor, into wealth, and overhead, into real income and costs. This threatened the vested interests with taxing away their free lunch, so you have an anti-classical reaction that is epitomized by the Chicago school of anti-government, anti-tax people whose leader, Milton Friedman, said there's no such thing as a free lunch.

Well, classical economics was all about the free lunch. Look at Ricardian rent theory. That's all about the free lunch. The role of modern economic theory --- I should call it post-modern economic theory and statistics is to pretend that the banks, the landlords and the monopolies actually earn their income instead of extracting it from the (productive) economy.

BF: Your book is really an antidote to the dominant Chicago school of free marketeers. What is the meaning of “free market” these days, as understood on Wall Street?


Today a free market means that predators are free to extort any price from the public, they are free to deregulate, free to lie to consumers, free to exploit, free to load any company they want down with debt, and basically lead (us) to a world of debt peonage... So the whole concept of freedom has been turned upside down by the Chicago school and by the Bush administration.


BF: Why is today's understanding so different?


Michael Hudson : Because hundreds of millions of dollars have been spent to mislead people and to endow business schools and universities to stop teaching the history of economic thought, to stop teaching the classical economist, and essentially to brainwash students, so that those with a sense of realism simply drop out of the field of economics and go into some other field.

Source: Guns and Butter Interview with Michael Hudson
Posted by nickglais at 10:13 AM