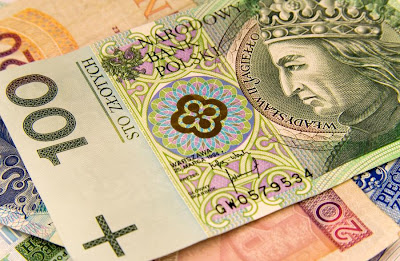 First published on http://www.wsws.org By Marius Heuser in March 2009

The international economic crisis is having a devastating impact on eastern European countries. Poland and the Czech Republic, whose economies until recently had been considered stable, are both being hit by mounting unemployment. Although the economic upturn over the last decade was achieved mainly at the expense of the working class, the government is moving to impose the cost of the current economic crisis completely onto the shoulders of the population.

As in the whole of Eastern Europe, one of Poland's most significant problems is the virtual halting of investment and credit flows—the basis for the economic growth of the recent period—from Western countries. In 2008 Poland was receiving credit amounting to 140 billion zloty ($38 billion). According to some estimates credit will not exceed 40 billion zloty ($11 billion) in 2009. This catastrophe is primarily a consequence of the financial crisis, but it also stems from a particularly Polish "sub-prime crisis".

In recent years, rising real estate prices fuelled a boom in the property market and induced more and more householders to obtain credit by taking out mortgages on their homes. Working people used this to offset their worsening social conditions, while western European banks and their branches in Poland made huge profits from the sale of debt. Western companies, controlling the bulk of Polish retailing, were also able to cash in on increased spending power, resulting from the wide availability of credit.

The Polish mortgage bubble burst with the onset of the international financial crisis. Real estate values have fallen dramatically. Numerous building programmes have been abandoned and experts expect real estate prices to drop by as much as another 20 percent. Countless workers will lose their homes even as they remain in debt for the rest of their lives.

Particularly hard-hit will be those private citizens or firms that have borrowed money in foreign currencies. This applies to 25 percent of all current debt in Poland. Most of the mortgages, 60 percent, were contracted in Swiss francs. Due to the extremely weak zloty, loan repayment rates increased by 12 percent in just a few weeks.

Numerous Western banks, first and foremost in Austria, have already had to write off billions of euros. Hardly any institute is now prepared to extend credit to Poland, even on extremely favourable terms for the lender.

In recent months the government has attempted to counter the credit crisis by significantly reducing interest rates. But this has only worsened the situation and contributed to sharp losses in the value of the zloty, which has fallen from 3.6 to 4.7 zloty to the euro since last October—the same rate reached five years ago.

Lack of credit and investment, together with the falling demand for commodities in the Eurozone, has led to a severe weakening of economic performance. In January, industrial output declined 14.9 percent. Production in the automobile industry fell 34 percent, compared to the previous year.

The official unemployment rate has risen from 9.5 to 10.5 percent. The government forecasts a further increase to at least 12.5 percent by the end of this year. This figure is a gross underestimation, since it is expected that some 100,000 of the 2 million Poles working abroad will be returning home to seek jobs, on account of the economic crisis.

The rapidity and extent of the collapse is bound up with the social and economic relations that emerged as capitalism was restored to Poland over the last two decades. Closely cooperating with European Union (EU) institutions, a narrow social layer of former Stalinist functionaries and nouveau riche carved up the Polish economy in the name of rationalisation and squandered state property in the course of the privatisation of formally state-owned enterprises. Deprived of any real economic foundations, Poland was left wholly dependent on foreign credit and investment. The country's trade deficit ran to €9.6 billion in 2007.

In the last 20 years, Poland's ruling elite has striven to attract the greatest possible number of investors to the county. It competed relentlessly against its European neighbours to secure the most attractive conditions for investment—corporate taxes were abolished, labour laws dismantled, wages cut, social and democratic rights curtailed. All this led to flagrant social inequality, with misery and poverty on the one hand and utterly perverse levels of personal fortunes on the other. According to a study by the Organisation for Economic Cooperation and Development, every fourth child in Poland lived in poverty in 2007.

The extent of the current flight of foreign capital from Poland reveals the character of the country's economic growth in recent years. It was based almost exclusively on direct investment from abroad and exploited principally by investors who failed to develop the Polish economy in any substantial way.

The government is incapable of combating the crisis. Prime Minister Donald Tusk, of the ultra free market Citizens Platform (PO), is hoping to stabilize the floundering zloty by securing Poland's speedy entry into the European currency union. He has announced that official negotiations with the European Central Bank will take place this month and hopes to be able to introduce the euro into Poland in 2012. However, a precondition for entering is that the value of the zloty does not fluctuate by more than 15 percent in the two years prior to the proposed entry into the currency union. At the same time, the Eurozone itself is currently proving to be far from stable.

After the government managed to partially stabilize the zloty by purchasing euros from European structural stimulus funds, the Polish central bank immediately reduced the key interest rate again last Wednesday, this time from 25 basis points to 4.0 percent, thereby risking further collapse of the zloty. The intention was to kick-start the flow of credit.

In line with its customary practice, the PO government's chief response was to intensify its efforts to offer Poland as the most attractive and lucrative destination for direct foreign investment and to achieve this by doing away with social rights, slashing wages and reducing business taxes.

In January, the government passed a bill authorising a €25 billion bailout package for the banks. Some €10 billion of this was to serve as security on loans made among the banks. The measure also included a reduction in taxation on business energy consumption and import costs. In order to avoid putting Poland's entry into the euro currency union at risk, the government announced the package without applying for loans, but rather by resolving to pay for it through budgetary cuts. In view of dwindling treasury resources, this constitutes a massive assault on what remains of the country's welfare system.

At the beginning of last month, the cabinet decided to cut 19.7 billion zloty (about €4.2 billion), which came in large measure from education and social security. The government also moved to liberalise labour laws, clearing the way for the introduction of short-time work and to carry out the privatisation of remaining state-owned enterprises. In a time of crisis, this only means selling them off at prices far below their true value.

These measures will exacerbate rather than solve the fundamental problems of Polish capitalism and lead to massive confrontations between the government and the working class. The government is working closely with the trade unions to prepare for these confrontations. The president and the prime minister, together with employee delegates and trade unionists, met at a so-called "social round-table" on February 25 to discuss the most cunning ways in which the working class was to be saddled with the burden of the crisis.

The trade union bureaucrats are just as corrupt and reactionary as the government. Instead of uniting Europe's workers in this time of crisis, they stir up chauvinism and nationalism. According to the Gazeta newspaper, Jan Guz, leader of Poland's second biggest trade union association (OPZZ), has called for a ban on the employment of non-EU workers in Poland. He said that, in difficult economic times, it was time for White Russians and Ukrainians to leave Poland.

The trade unions are resorting to such chauvinist appeals in an increasingly desperate effort to prevent a struggle by workers against the government and big business. On February 5, 3,000 steel workers from the Stalowa Wola mill in south Poland protested against the destruction of their jobs. Driven to despair, they hurled stones at the police, set fire to tyres and broke through barriers. Thirty years after the explosive struggles of the working class that gave rise to Solidarity—a mass movement, which was ultimately betrayed by its pro-capitalist leadership—a social storm is once again brewing in Poland.
Posted by nickglais at 3:36 PM