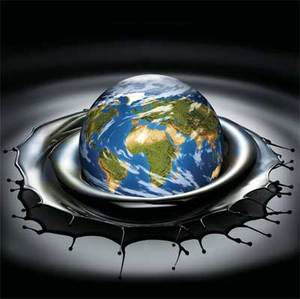 The price of oil is well below last year's peak levels. The price of oil has fallen sharply after the International Energy Agency predicted that the global recession would cut demand for crude this year.

Since hitting a record high of more than $147 a barrel in July last year, oil prices have slumped.

The Paris-based IEA said its forecast of lower oil demand was influenced by "a growing consensus that economic and oil demand recovery will be deferred to 2010".

It also noted that developed countries' oil inventories had risen in February to 61.6 days of forward cover, the highest since 1993.

"The macroeconomics don't look good at all for this year," he added.

The price of oil dropped below $40 a barrel at the end of 2008 before recovering slightly, but remains nearly $100 below peak levels.