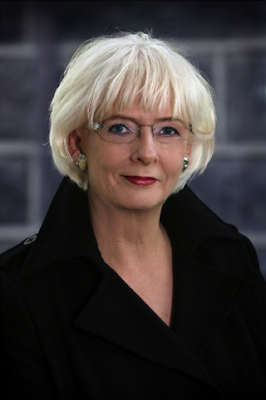 Ms Sigurdardottir said Icelanders had called for a "change of ethics"

With more than 80% of the vote counted, the coalition secured 34 seats in the 63-member parliament - its first ever parliamentary majority.
Iceland has been one of the countries most dramatically affected by the global economic crisis.

We lost this time but we will win again later Bjarni Benediktsson Independence Party leader
Ms Sigurdardottir said if the results of Saturday's poll were correct it would be "historic".

"This is the first time that leftist parties will hold a majority. I hope this will be the result," she said.

Ms Sigurdardottir told supporters the nation was "settling the score with the neoliberalism" and with the conservative Independence Party who "have been in power for much too long".

"The people are calling for a change of ethics. That is why they have voted for us," she said.

The Independence party, who was expected to secure 16 seats, conceded defeat.
Its leader Bjarni Benediktsson said it was clear that his party had lost the trust of voters.

"We lost this time but we will win again later," he said.

The economic crisis led to widespread public anger The small North Atlantic nation has a population of only 300,000. But it had to take a $10bn (£6.8bn) rescue package, led by the International Monetary Fund, after its banking sector imploded late last year.

The next government will face many challenges, centred around the economy, the BBC's Nicholas Walton says.

It needs rebuilding, with financial services no longer at its core. Unemployment and the government's ruined finances also need attention, our correspondent says.
There is also the question of whether or not to apply to join the European Union.

In the past, Icelanders felt that they were better off outside the EU.
But the financial crisis has changed opinions, our correspondent says. Now, many see EU membership or adopting the Euro as Iceland's currency, as part of the solution to the country's problems.

Pro-EU Ms Sigurdardottir said if the country applied immediately for membership it could begin using the Euro "within four years".

Source BBC News
Posted by nickglais at 1:44 AM