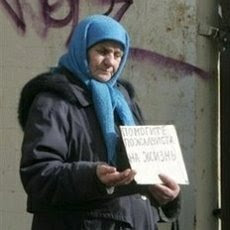 The falling price of oil and gas has hit Russia's economy

Economic output for the period to the end of March fell 23.2% compared with the previous quarter. On a year-on-year basis, output dropped 9.5%.

Russia's economy had been growing thanks to high oil prices, which peaked at around $147 a barrel last summer.

But since then, the price of oil, a key export, has fallen by more than half.

The latest figures for the first three months of the year confirm estimates released last month by the government.

Industrial output has slowed in the wake of the global economic slowdown, and investors have withdrawn significantly from Russia.
Posted by nickglais at 5:31 AM