Kenneth Rogoff "I think the US faces a decade of recession, similar to what happened in Japan" 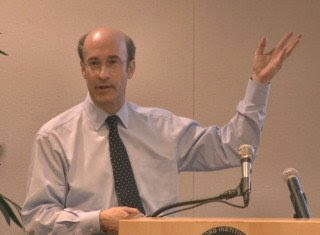 "I think the US faces a decade of recession, similar to what happened in Japan.

We are not going to be 'off to the races' any time soon in any of the countries that were the 'ground zero' of the financial crisis, such as the US, the UK, Ireland and Spain.

Neither Britain or the US has really fixed the problems in their financial sector, and it is hard to see really robust growth returning in the next few years.

It is in the interest of policy-makers and politicians to trumpet any green shoots in order to encourage investment and talk up the market, but it is very unclear whether they really exist.

The huge government spending is providing a temporary boost to the economy, but it will have to be paid for in higher taxes or higher inflation which could reduce economic output in the future."