Hong Kong's economy shrank by 7.8% in the first three months of this year 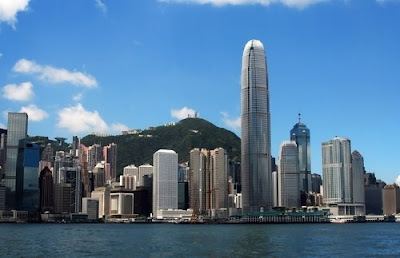 Hong Kong's exports slumped in the first three months of 2009

Hong Kong's economy shrank by 7.8% in the first three months of this year compared with a year earlier as exports plunged during the global downturn.

This represents the economy's worst performance since the Asian financial crisis more than ten years ago.

The territory's government now forecasts GDP to contract by between 5.5%-6.5% this year, compared with its earlier prediction of a 2%-3% drop.

Hong Kong's exports slumped by 22% during the quarter and economic recovery depends on how quickly the global economy picks up, analysts said.

"The figure is worse than expected. It tells you how a severe global financial crisis can affect a healthy, small and open economy," said Dong Tao at Credit Suisse.

"Will Hong Kong see a further deterioration? It is not up to Hong Kong, it is up to the rest of the world, especially the US, China and the financial markets."
Posted by nickglais at 10:20 AM