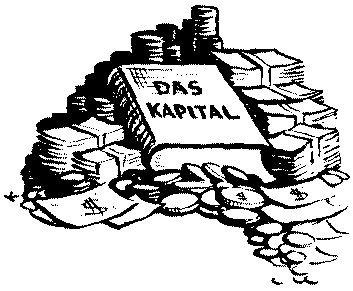 Why Marxist Economists Dismiss Marx’s Law of the Tendential Fall in the Rate of Profit by Andrew Kliman, Author of Reclaiming Marx’s “Capital“: A refutation of the myth of inconsistency

As I noted in a post last month, some prominent Marxist economists—including Fred Moseley and Gérard Duménil—have recently asserted that the rate of profit in the U.S. has recovered from the fall it underwent through 1982. Therefore, they contend, Marx’s law of the tendential fall in the rate of profit is of little value, if any, when trying to explain the roots of the current economic crisis. Instead, they attribute the crisis to financial-sector phenomena­—which they portray as largely unrelated to and separable from movements in profitability.

Estimates by Gérard Duménil and Dominique Lévy (2005) indicate that the rate of profit of the overall business sector in the U.S. has not recovered so substantially. Yet with regard to the corporate sector, their view echoes Moseley’s; as of 1997, the rate of profit of the “Corporate sector … recovered to its level of the late 1950s. … Considering the evolution of the profit rate since World War II, the recovery of the profit rate appears nearly complete within the entire Corporate sector” (Duménil and Lévy 2005, p. 9, p. 11, emphases omitted).


Yet there’s another reason as well: both of them fail to distinguish between cyclical variations in profitability and longer-term (secular) trends in profitability. It is obvious that, in order to ascertain the trend, one needs to set aside or control for cyclical effects. Otherwise, one might take a completely trendless data series (such as the sine wave depicted see Figure 1) and conclude that it exhibits a rising trend simply by cherry-picking a trough point (A) and comparing it to later peak point (B). Or one might say with equal validity (i.e., none) that the series exhibits a falling trend, simply by cherry-picking a peak point (B) and comparing it to a later trough point (C).

But this is exactly what Moseley and Duménil-Lévy do. Let’s look at how they discuss the estimates of the rate of profit that they’ve computed:
When he asserts that the rate of profit has almost completely recovered from its prior fall, Moseley is comparing his rate of profit during the trough or near-trough years from the mid-1970s through the early 1980s with the rate during the peak period of 2004-2007 or 2005-2007—even though it is clear to him that an unsustainable asset-price bubble was underway during the latter period (Moseley 2009, esp. section 5). Had he compared the troughs in his data, Moseley would have reported a rise in the rate of profit from 10% in 1980 to 14% in 2001, rather than the rise of twice that amount (to 17%-19%) that induced him to refer to an “almost complete recovery” of the rate of profit. And he would have reported no recovery in trough rates of profit from 1987 through 2001, the most recent trough year.

Similarly, Duménil and Lévy (2005) chose to analyze movements in profitability only through 1997. They made this choice, for reasons they do not explain, even though their paper actually presents data through 2000, and even though a few more years of data, including data for the trough year of 2001, were available when they published their paper. But 1997 was a peak profit-rate year. Thus when they state that the corporate sector’s rate of profit fell sharply through 1982 and then underwent a “recovery [… that] appears nearly complete,” Duménil and Lévy are comparing a trough to a peak.

Why do Moseley and Duménil- Lévy choose to cherry-pick their data in this manner? I do not know. I can only speculate that they “see” the increases in profitability, but not the subsequent declines, as significant, and that this stems from a “pre-analytical vision” of Capital Resurgent (Duménil and Lévy 2004), in which a neoliberal, free-market counter-revolution gave rise to a new, sustainable boom on the backs of the working class. This vision has helped many on the Left find an “objective basis” for both the hopelessness and feelings of impotence they have experienced and for the resignation to the status quo, or mildly reformist alternatives to it, that they have taken to advocating. The data themselves do not tell such a clear-cut story.

This is a good blog. I follow it sometimes.

I think your points on Dumenil & Levy are well considered. We can defend the 20th c. empirical evidence for tendency of the rate of profit to fall--not least, recognizing that Marx himself theorized the capitalist countermeasures to the tendency, so we ought to expect to see profit fluctuations once politically-organized capital engages the problem.

The tendency is in fact necessary to explain why (precisely within D&L's analysis) in the Nixon admin, American economic nationalists activated financial capital's longstanding, pent-up plans to restore its economic dominance. (D&L hadn't analyzed those pent-up, longstanding plans, and their deployment by Volcker, Nixon, et al. I did in a separate paper with a colleague.)

I would say that you can read D&L 2004, and extract useful analysis without fixating on an absolute rejection of the tendency of the rate of profit to fall. Don't you think? http://corpcoinc.blogspot.com/search/label/finance. The key is in their distinction between restoring profitability and restoring economic development.

I think this approach isn't demotivating.

The motivation comes from realizing that capitalism can and will forever off-load its successions of internal crises onto workers, care-givers, peasants, the environment. It will constantly privatize profits and socialize risk and costs. Apprehending that, I think we can work out a better political economy.

Thank you! I didn't know they picked up on it until I saw your comment.