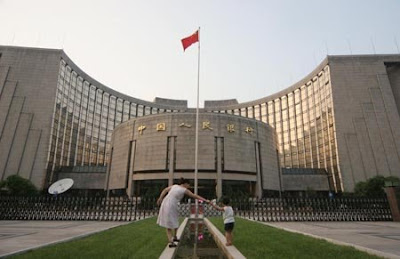 China is growing much faster than other major global economies

Last year, the Chinese government announced a 4tn yuan stimulus package.
This was designed to boost economic activity during the downturn.
Bad loans

"This emphasis on short-term profit may be contributing to excessive risk-taking by banks, particularly in corporate lending, which could lead to material losses in these portfolios," Fitch said.

The importance of profit targets in driving lending should not be underestimated, the agency argued.

China's central bank said in its quarterly report that regulators were looking into where exactly all the bank loans were going.

"We know this is not being totally dictated by the government, because if it were they would know exactly where it is going," said Charlene Chu at Fitch.

Ms Chu said the massive loan volumes could be storing up trouble for the future, as some would inevitably go bad.

"Over the medium term, we do believe that at some point these losses are going to start to come out, and that is going to take its toll on the banks," she said

Source: BBC News
Posted by nickglais at 5:48 AM