It Won't Save the Economy; It May Make the Crisis Worse 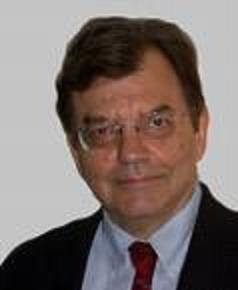 First, here’s the silhouette of the giveaway, as outlined Thursday in the New York Times:

“Treasury Secretary Timothy F. Geithner said Wednesday the administration is working on a comprehensive plan to “repair the financial system.” … bank stocks surged on hopes the government was moving toward creating a “bad bank” to purge toxic assets from balance sheets that are rapidly deteriorating as the economy worsens… administration officials believe that trillions of dollars more may be needed to buy the majority of bad assets from banks. …

“The concept of a bad bank has gained momentum in the financial industry as the economy deteriorates, slashing the value of risky assets on banks’ books and increasing the need for banks to hold capital against those losses. Shares in Citigroup and Bank of America, which both recently received a second taxpayer lifeline, surged 19 percent and 14 percent respectively as the stock market rose on optimism that the administration would relieve banks of money-losing assets.”

“Geithner Says Plan for Banks Is in the Works”, By Stephen Labaton and Edmund L. Andrews, The New York Times, January 29, 2009.

After (1) threatening for eight years that the prospect of a trillion-dollar deficit spread over a generation or so is sufficient reason to stiff Social Security recipients and abolish debts to the nation’s retirees, and (2) after the Bush administration provided $8 trillion over the past three months in cash-for-trash swaps of good Treasury bonds for Wall Street junk derivatives, the Obama Administration is now speaking of (3) some $2 to $4 trillion more to be given in just the next week or so.

Not a single Republican Congressman went along, just as Rep. Boehmer refused to support the Bush bailout on that fatal Friday when Mr. McCain and Mr. Obama debated each other over marginal issues not touching on the giveaway, which both candidates passionately supported. The Party of Wealth sees the political handwriting on the wall, for which the Party of Labor seems happy to take all responsibility. This probably is the only place where I’d like to see “bipartisanship.” Watch the campaign contributions flow for an index of how well this will pay off for the Democrats!

How many families would like a “give-back” on every bad investment they’ve ever made? It’s like a parent coming to a child who has just broken a toy, saying “That’s all right. We’ll just go out and buy you a new one.” This from the apostles of “responsibility” for poverty, for mortgage debtors owing more than they can afford to pay, for people who get sick and can’t afford medical care, and for states and cities now left high and dry by the fiscal wipe-out that the Bush-Obama “cleanup” has foisted onto the economy. No do-over for anyone but the hundred or so billionaires who have just been endowed with enough free money to become America’s ruling elite for the rest of the 21st century.

After spending a lifetime denouncing socialism as inherently unfair, Wall Street is now doing a hideous parody – as if “socialism for the rich” were not an oxymoron in the first place. Certainly the banks are not being “nationalized.” Giving away the largest sum of spendable securities in history without direct managerial power that goes with ownership is not “nationalization.” Ask Lenin.

Now that the details of the new, larger but definitely not improved bank giveaway of between $2 and $4 trillion more have been leaked out in time for Wall Street’s Davos attendees to celebrate, we may ask whether, financially speaking, the Obama Administration should best be thought of as Bush-3 – or indeed, whether it is still on a pro-creditor trend that may better be traced as Clinton-5, or perhaps even Reagan-8. Since 1980 the financial sector has made a sustained money grab at the expense of labor and “taxpayers.” More accurately, it has been a debt grab, on the opposite side of the balance sheet from assets.

Backed by Larry Summers, Boris Yeltsin’s Harvard Boys transferred trillions of dollars of Russian mineral wealth and public enterprises into the hands of kleptocrats. That was an asset transfer, pure and simple. In 1997, to be sure, the IMF gave Russia a loan that immediately disappeared into the kleptocrats’ bank accounts, to be paid out of subsequent oil-export proceeds. But assets were the name of the game. Today’s U.S. giveaway has a new twist. The analogy is the “watered stocks” and bonds of yesteryear that railroad magnates and Wall Street emperors of finance gave themselves and their political mouthpieces, simply adding the interest coupons and dividends onto the prices charged the public as if they were real “costs.” Today’s version – “watered Treasury bonds” – are being created on the public sector’s balance sheet. “Taxpayers” must pay bear the interest charges – leaving less for the infrastructure investment that Mr. Obama suggests we may need.

The Bush-Obama bailout bore “small print” stipulations that have already given Wall Street a decade’s tax-free status by letting it count its financial losses against its tax liability. So not only has there been a great fiscal giveaway, there has been a tax shift off finance onto labor and industry. States and localities already have begun to announce plans to sell off roads and airports, land and other public assets to the financial sector in order to finance their looming budget deficits (which localities are not allowed to run under present legislation) . No federal funding has been granted to finance the cities as their tax receipts plunge. There has been a token amount to relieve some low-income families saddled with junk mortgages. But this does not involve actually giving them a spendable money “bonus.” Their role is simply to be trotted out like widows and orphans used to be, as justification to bail out banks for their bad gambles on currency, interest rates and bond derivative gambles. Insolvent debtors are merely passive vehicles to get a book-credit of mortgage relief that the government will turn over in their name to their bankers to make these institutions whole.

Whole, and then some! Chris Matthews just reported his statistic of the day (January 29): $18.4 billion in Wall Street bonuses, paid for out of the government giveaway.

This is called “saving the economy.” That is as much an oxymoron as “socializing the losses.” Socializing the losses would mean wiping the mortgages and other bank loans of debtors off the books. These giveaways are to keep the debts on the books, but for the government to buy them and make the creditors whole – while a quarter of real estate has fallen into Negative Equity as its debts are not being bailed out but kept on the books. The economy’s “toxic waste” remains. But a matching volume of new waste is being created and given to a few hundred families. No wonder the stock market soared by 200 points on Wednesday, led by bank stocks!

In the seemingly frenetic ten days since Obama took office, it is beginning to look as if his good political decisions regarding Guantanamo, Iraq, employee rights to sue for employer wrongdoing, are sugar coating for the giveaway to Wall Street, a quid pro quo to avert opposition from his Democratic Party constituency. At least this seems to be their effect. To accuse Obama of a giveaway would seem at first glance to contradict the basic thrust of his actions – or would be if one did not take into account his appointments of Larry Summers at the White House and the conspicuous leadership role in the bailout played by Barney Frank in the House and Chuck Schumer in the Senate.

There is a simple way to think about what has happened – and why it won’t help the economy, but will hurt it. Suppose the new $4 trillion “bad bank” works. The government shell will give away Treasury bonds for bad bank loans and derivatives gambles, without the government “marking to market.” (So much for the pretense that giving Wall Street credit is “free market” policy. But the alternative to free markets does not turn out to be “socialism” at all, even if “socialism for the rich.” There are worse words for it, which I won’t use here.)

The real question is what the Wall Street elite will do with the money. From Chuck Schumer and Barney Frank through Larry Summers, the Obama administration hopes that the banks will lend it out to Americans. Borrowers are to take on yet more debt – enough to start re-inflating house prices and making homes yet more unaffordable, requiring buyers to take on yet larger mortgages. Larger mortgages at rising prices are supposed to help the banks rebuild their balance sheets – to earn enough to compensate for their gambling losses.

But this neglects the fact that today’s looming depression is caused by debt deflation. Families, businesses and government having to spend more wage income, profits and tax revenues on debt service instead of buying goods and services. So why is the solution to this debt overhead held to be yet MORE debt? Is there not something crazy here?

The government’s solution, placed in its hands by the financial lobbyists, is to bail out the bankers and Wall Street while leaving the “real” economy even more highly indebted. All this talk about “more credit” being needed, all this begging of banks to lend more money and then extract yet more interest and amortization from the economy, is leading it even deeper into the debt hole. It is not helping families repay their debts. And indeed, homeowners whose mortgages already exceed the market price of their property are not going to be able to borrow more.

It would take only $1 trillion or so – or simply to let “the market” work its magic in the context of renewed debtor-oriented bankruptcy laws – to cure the debt problem. But that obviously is not what the government aims to solve at all. It simply wants to make creditors whole – creditors who are, after all, the largest political campaign contributors and lobbyists these days.

The most important thing to understand about the present economic crisis is that it was not necessary technologically, politically or fiscally. Government at the state, local and federal levels are strapped for funds – but only because the natural source of taxation, land rent and monopoly rent and the user fees from public enterprise have been financialized. That is, whereas property taxes used to finance about three-quarters of state and local budgets back in 1930, today they supply only about a sixth. The shrinkage has not been passed on to homeowners and renters or commercial users. Prices for homes and office buildings are set by the marketplace. The rise in market price has been pledged to bankers as mortgage interest. The financial sector thus has replaced government as recipient of the economic surplus – leaving the public sector starved of cash.

The financial sector also has replaced the government as economic planner. This role has followed from its monopoly in credit creation, which turns out to be the key to resource allocation.

Bank credit is created freely. Governments could do the same. Indeed, this is what the U.S. Treasury did during America’s Civil War, when it issued greenback credit.

If today’s looming economic depression is a manmade (that is, lobbyist-financed) phenomenon, then what policy is needed as a remedy?

Michael Hudson is a former Wall Street economist. A Distinguished Research Professor at University of Missouri, Kansas City (UMKC), he is the author of many books, including Super Imperialism: The Economic Strategy of American Empire (new ed., Pluto Press, 2002) He can be reached via his website, mh@michael-hudson. com
Posted by nickglais at 2:08 AM