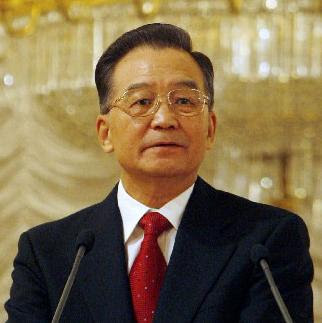 The global financial crisis has had "a rather big impact" on China's economy, the country's Premier Wen Jiabao said in a major World Economic Forum speech.

Speaking in Davos in Switzerland, he said the crisis had placed the world economy in the most difficult situation since the Great Depression.

In China, he said, there was rising unemployment in rural areas and "downward pressure on economic growth".

But he added that China's economy was in good shape "on the whole".

Mr Wen said that among the reasons behind the current global downturn were "inappropriate macro economic policies in some economies, characterised by [a] low savings rate and high consumption".

He also pointed to a "failure of financial supervision and regulation to keep up with innovation which allowed financial derivatives to spread".

China's economy grew by 9% in 2008, but only by 6.8% in the final quarter of the year, as overseas demand for China's exports shrank.

We are full of confidence

"We are targeting a growth rare of about 8% in 2009. It will be a tall order, but I hold the conviction that through hard work, we can reach the goal."

As the demand for China's exports shrinks, he said that as part of relaunching the economy, the country had to focus now on expanding domestic consumer demand.

There would also be a sustained package of measures aimed at increasing economic growth, as well as a series of policy measures in the financial sector to boost economic growth.

In addition, there would be industrial restructuring - with the phasing out of backward production practices - and particular attention would be paid to the key industries of cars, iron and steel.

An "extensive use of new technology would increase competitiveness", as would an upgrading of science and technology, he said.

"Will China's economy continue to grow fast and steady? Some people may have doubts about it, yet I can give you a definite answer," he said.

"Yes, it will, we are full of confidence."

He said China would "take prompt, forceful and effective measures" to ensure the health of its economy.