The re-grouping of right wing market fundamentalists against regulated markets 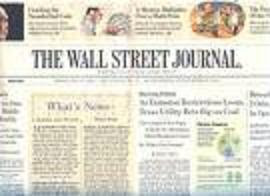 From McCain and now from Pat Buchanan the cause of the crisis is too much regulation.

If ever Marx was right it is describing these caricatures of thinkers has "vulgar"it applies to McCain and Buchanan.

The Banks were forced to lend to the poor by the government so this fairy tale goes. Banks ceased to be banks just agents of government welfare policy started by the Clinton Administration.

Whitewashing or downplaying the predatory lending practices and outright fraud by the lending institutions and the abandonment of data collection and supervision because it suited Wall Streets purpose to make a quick buck. Alan Greenspan failing to prosecute fraud.

Putting Acorn( Association of Community Organisations for Reform) centre stage is an attempt at diverting the anger away from Wall Street by their loyal servants McCain and Buchanan.Exactly why the Wall Steet Journal is leading this attack pack on this particular diversion.

This market liberalisation started under Carter and the Democrats and expanded under Reagan and the passing of the Glass Steagall Act by Clinton Administration put the finishing touches to a market fundamentalism that lost touch with financial reality.

Marx called Economists hire prize fighters of the bourgeoisie and many lined up to justify the bizarre financial instruments that multiplied on Wall Street for a fee.

No wonder they have dropped history of economic thought from most University Courses on Economics and substituted mathematics. It is only by erasing peoples memories of the last 30 years of neo liberalism that McCain and Buchanan have a hope in hell of rescuing their beleagued capitalist brothers which Marx correctly called a band of thieves.

There is nothing like a good old crisis to reveal the ideological bankruptcy and outright fraud of capitalism and its apologists like McCain and Buchanan who are desperately trying to regroup to launch yet another capitalist shock economic therapy before we come to our senses.

Political Economy Research
Posted by nickglais at 6:24 AM