The Economic Crisis - The Democracy and Class Struggle view 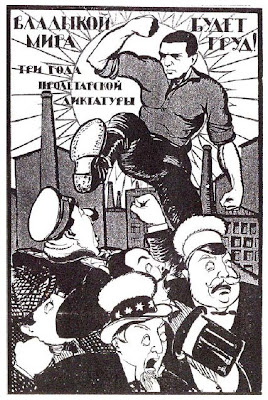 The interesting thing about this crisis is that the creators of this crisis like Investment Banker Henry Paulson are now trying to solve this crisis.

They called on another Banker in the 1930's Andrew Mellon to do the same and he also made it worse just like Paulson is doing today.

The financial elite are embedded neo liberals whose reason for being is a market solution to all problems and to save their friends the speculators from meltdown even if the cost is that the rest of the economy is brought to a halt.They are the great theoretical justifiers of the "free lunch" of parasitic finance capital despite the false protestations of Milton Friedman to the contrary.

Professors of economics were rolled off the production line in the US and China to justify the most bizarre financial instruments for the parasitic class and their Chicago and Harvard and Tsinghua University strongholds should be under seige today , but this elite still runs the show and they are laying seige to us trying to claw back assets like people's homes to pay for their ruthless greed and speculative mistakes.

The intellectual bankruptcy of neo liberalism market fundamentalism is apparent despite all their mathematical models which cannot explain the debt overhang in the economy.But where in the media is this bankruptcy challenged ?

History needs to be restored to economics which has been over mathmaticised to the extent that current reality escapes it. We have a mechanistic economic theory of capitalism in neo liberalism build on equilibrium models but what we need is a dynamic theory based on dialectical contradiction which can explain the great waves of value creation and devaluation under capitalism - Marxist Political Economy which has layed dormant for years and largely expelled from Academia is destined to make a return.

This blog is devoted to Political Economy Research,get up to speed with the crisis and it origins has well as the origins of false roads like market socialism which is still peddled by revisionists in China and CPUSA - look out for Minqi Li's new book in October "The Rise of China and the Demise of Capitalist World Economy" which will assist in burying that rattling old corpse in China.