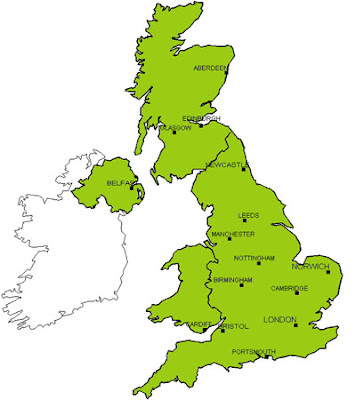 The UK economy contracted 2.4% in the first quarter of 2009, a decline not exceeded in 51 years, according to the latest official data.

The decline was more severe than the earlier estimate of a 1.9% fall, and worse than analyst expectations.

The Office for National Statistics (ONS) blamed the sharp revision primarily on weaker output in the construction and manufacturing sectors.

The scale of revision comes as a real shock, and highlights the extreme weakness of the economy in the early months of the year

The ONS now says the recession began during the second quarter of 2008 rather than during July to September, so that the recession has now been running for a whole year.

The figures will make it more difficult for the Treasury to reach its forecast of a 3.5% decline in the UK economy for the year, made in the April Budget.

But the Chief Secretary to the Treasury, Liam Byrne, said it would not be revising its forecast.

"There have been some tentative signs that the fall in output is moderating and I remain confident but cautious about the prospects for the economy," he added.

January to March's quarterly 2.4% decline has not been exceeded since the second quarter of 1958, when the economy shrank by 2.6%. Analysts had only expected a 2.1% fall this time.

However, the decline was equalled by figures from the first quarter of 1974 and the third quarter of 1979, which also saw contractions of 2.4%.

Construction output decreased between January and March by 6.9%, while the service sector contracted by 1.6% - led by the banking and financial industries, which saw output slip 2.5%.

Meanwhile, real household disposable income fell by 2.4%, while the savings rate dropped from 4% to 3%.

Andrew Goodwin, senior economic adviser to the Ernst & Young Item Club, said the figures were much worse than expected.

"We had expected a downward revision to GDP, given the plunge in construction output since the last quarter, but the scale of revision comes as a real shock, and highlights the extreme weakness of the economy in the early months of the year," he said.

"We knew about the construction revisions in advance and the fall wasn't quite as big as the ONS had indicated," said Mr Walker. "But we've got a much bigger fall in services output."

Shadow chancellor George Osborne said the GDP figures showed that the recession had "been longer and deeper than we had thought".

"This also means that in the future, unemployment will be higher and Labour's debt crisis will be even worse," he said.

If you thought that any recovery was resting on shaky foundations, you will see plenty of support for that view in today's news

"Rather than making promises on public spending that nobody believes, the Government must start taking tough choices on whether it is going to cut spending or raise taxes to bring the economy out of the red," he said.

Despite the economy's big downward revision for the first quarter of 2009, the expectation is that the official figures for April to June will be nowhere near as bad when the first estimates are published at the end of July.

Earlier this month, the ONS said industrial production rose in April, its first month-on-month climb since February of last year.

A growing number of reports from business organisations such as the CBI have also predicted that the worst of the recession is over.

The CBI said earlier this month that the economy was now stabilising, and would begin a "slow and gradual" recovery from early next year.

Separately, a key service sector survey reported a growth in business in May for the first time since April 2008.

The PMI service index from the Chartered Institute of Purchasing and Supply rose to 51.7 in May, up from 48.7 in April, with a measure above 50 indicating growth.

Martin Weale, director of the National Institute for Economic and Social Research, whose organisation estimates GDP on a monthly basis, recently told the BBC that he expected second quarter GDP to be flat.
Posted by nickglais at 12:14 PM

That is a significant number in decline!