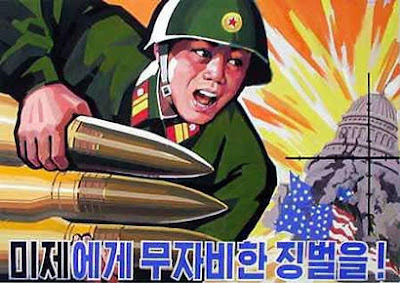 North Korea's economy expanded in 2008, thanks to high agricultural yields after contracting for two years in a row, South Korea's central bank says.

Despite the growth, the size of the economy is a fraction of South Korea's.

Agricultural production rose nearly 11% in 2008 compared with 2007. And coal, iron ore and other mineral production grew 2.3% for the year.

A deal agreed in 2007 gave North Korea 1 million tons of fuel oil and other benefits from the US and other nations, in exchange for disabling its nuclear facilities.

However in May 2009 North Korea walked out of international talks aimed at ending its nuclear activities, and the country carried out its second underground nuclear test.

As a result, the UN Security Council extended sanctions against North Korea.