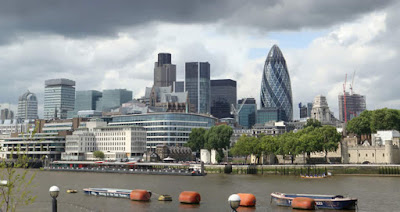 This was revealed by an annual survey of the Financial Times published on Friday, which describes the Treasury's forecast of a recovery in the second half of 2009 as "too optimistic".

Howard Davies, director of the London School of Economics, told the newspaper: "I do not expect to see any significant economic recovery in 2009. I expect the British economy to bump along the bottom, at best."

The survey also indicated concerns about the financing sector as two-thirds of economists thought the government lacked a credible policy for restoring health to the public finances, while similar proportion deemed the modest tax cuts and public spending increases to be desirable.

A large majority of the 67 economists surveyed believed unemployment was likely to rise close to three million and that house prices would continue to fall throughout 2009, said the report.

Alan Budd, Provost of Queen's College, Oxford, and former chief economic adviser to the Treasury, pointed out the risk that "industrial and commercial firms in the UK and around the world will be forced to sack people and cut investment drastically in an attempt to restore liquidity".

In addition, many were of the view that the Bank of England should start to print money to buy assets to ward off the threat of a more serious economic downturn
Posted by nickglais at 2:25 AM