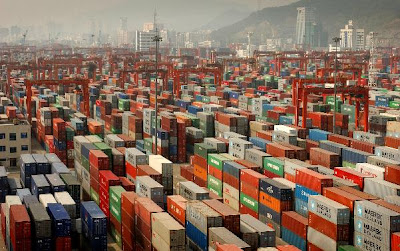 The official purchasing managers' index moved slightly higher than November's all-time low to 41.2 with any figure under 50 indicating a contraction.

The fall was caused by falling demand especially from abroad.

The latest data adds to fears that the slump is worsening despite Beijing's efforts to protect the economy.

The official figure, from the China Federation of Logistics and Purchasing, is likely to prompt further worries of more substantial job losses.

Thousands of factories have closed as a result of the sharp drop in orders - prompting fears that employment worries could lead to unrest.

China's President Hu Jintao has warned that the global financial crisis is hitting the country's competitiveness.

China had growth around 10% for years. Nothing lasts forever and I think 6% is still fantastic. But China has to realize it can't be the "factory of the world" forever. If they want more, they have to start moving up, because Bangladesh, Vietnam and other countries are following them quickly...
Elli

I think what is missing is the social impact of the massive layoffs in China - especiallly with most of the migrant workers returning to their homes.

China's policy of openness is now leaving her vunerable on the econonomic front - the consequences of this for China's political stability is worrying the current leadership.