The Global Capitalist Crisis and India: Time to Start the Discussion 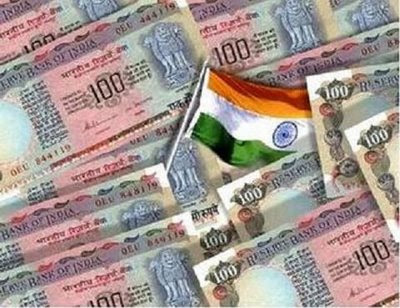 We have not yet seen the start of an adequate discussion of the consequences for India of the global capitalist crisis. We cannot in these few pages correct that inadequacy, but perhaps can suggest some reasons why the discussion has been inadequate, and some lines along which the discussion might usefully develop. The decline of political economy as the central tool of analysis, above all in the mass media but even among the left, is most to blame. The “reform” of the last decades had seen a deformation of economic discourse, with discussion frequently reduced to imbecilities about the rise in aggregate growth rates and a hypnotic stunned fixation on the apparently inexorable rise in Sensex stock exchange index numbers. Those who were paid to beat the ideological drum in the business press have been left stranded and exposed by the events of the last months, their few pet arguments in ruins. Some of that rubble remains to be cleared away, if a useful discussion is to start.

To restore a proper perspective we need to focus on growth rates, since they occupy what space has been given to date to discussion on the consequences of the world capitalist crisis. More than 70% of the total population of India is rural. In 1990-91 GDP composition by sector showed agriculture with around 32%, the industry sector with 27%, and the services sector with 41%. In 2007-08 it is 17.8% from agriculture, 19.4 from industry and 62.9% from service — which include construction, trade, hotels and restaurants, transport, storage and communications, finance, insurance, real estate and business services, community, social and personal services. The growth rate of these sectors from 2001 to 2008 is respectively 2.8 for agriculture, 7.1 for industry, and 9.0 for services, with the highest growth rates in services to be found in finance and finance–related sectors. Thus a primary force of the supposed high growth has come from the opening of the Indian economy to the vast financial bubble generated by the rulers of the United States (see John Bellamy Foster and Fred Magdoff, Financial Implosion and Stagnation: Back to the Real Economy” ( For this article scroll down this page)

These much-publicised high growth rates of the last several years have been largely irrelevant to the majority of the population.

A recent World Bank report finds that 42 percent of the population, or 456 million people, are living below the official — and criminally low — poverty lines. Of course it is not the case that all the growth of the last few years is the result of the financial explosion and the penetration of U.S. global finance capital. There has been increased productivity from technological progress, continuing infrastructure development, and growth in IT to some degree represents activity useful to humans irrespective of what social system predominates. But from what we have seen of the relevant research, the historical growth rates predating the “reforms” approximate what growth has occurred in the real economy, and the recent upward deviation from the mean is largely accounted for by growth in finance and finance-related sectors.

Yet the diseased growth spreading from the financial sector has not been without consequences. A significant sector of comparatively well paid and high-consuming small property owners has been created, linked to global financial circuits but contributing little or nothing to the real economy — beyond the construction of multistoried air-conditioned palatial apartment blocks that overlook hectares of crumbling huts and slums. And as has always marked the progress of global monopoly finance capital, this period has seen the benefits of all growth, both in the real economy and in the finance-related sectors, accrue primarily to the rich, with an enormous increase in the already existing severe inequality. In March, Forbes magazine reported that the number of billionaires had increased to 53 and their combined wealth was equal to 31 percent of the country’s GDP. As these billionaires have multiplied, lakhs of farmers committed suicide in the country, the employment rate declined, the pre-”reform” rate of decrease in the poverty rates — even according to official estimates — declined, children remained malnourished and millions died of curable diseases. Only within this context should we approach the discussion of the effect of the world capitalist crisis on growth rates.

Every day now brings new revisions downward of the expected growth rates for the coming months and years. The repeated announcement by the now departed Finance Minister and the Prime Minister that the impact of the world financial crisis is going to be insignificant is already a curious memory of the past. And given what we know of the finance-related contribution to recent growth rates, a sharp decline is indeed inevitable — and the only reason that it will not be more severe is that Chidambaram’s aggressive privatisation program for the finance sector was effectively resisted. It is evident to all now that the private finance sector is in deep trouble, while the state banking sector stands firm. Growth in the real economy has also ceased. The Index of Industrial Production (IIP) has been slowing for months, and in October recorded its first year-on-year decline since April 1993, dropping 0.4% compared to October 2007. The manufacturing component of the IIP fell yet more sharply, by 1.2%. November shall be worse, as it is already announced that passenger car sales declined 19% in that month. The IIP decline was offset by an increase in the mining sector, an offset that is unlikely to continue given the global collapse in mining. Insofar as finance-sector explosion led to increased real economy activity by bolstering the effective demand of the new high-consuming (and creditworthy) strata via credit expansion, to at least the same degree the contraction of credit contracts their demand and the real economy. In October the decline in manufacturing was led by a three percent drop in consumer durables. It is clear that an industrial pullback is now under way, and certain that growth in the economy as a whole shall sharply decrease.

The 1991 “reforms” led to the “Washington Consensus” expansion of the export sector, with results that exaggerate the effect of the global capitalist crisis. India’s trade to GDP ratio increased from 15 percent to 34.8 percent between 1990 and 2007. Exports have grown at an average annual rate of 23 percent (in dollar terms) since 2002-03. In October, for the first time in five years, exports fell year-on-year. October exports were 12 percent lower than the corresponding month of 2007. Severe job cuts have been reported in the textile sector, which employs 3.5 crore workers. There have been 7 lakh job losses reported by November, with speculation of as many more by January. And of course the young “globalised” IT sector is very exposed.
Girish Mishra reported a finding of the Economic Times:

“In India, around 60 percent of the companies operating in the IT-BPO sector have been working for American financial corporations like Goldman Sachs, Washington Mutual, Citigroup, Bank of America, Morgan Stanley and Lehman Brothers. Tata Consultancy Services and Satyam Computers have been working for Merrill Lynch, and Wipro has a number of American corporations as its clients that are bruised by the present collapse.” Mishra added: “It is anybody’s guess that layoffs are certain to take place in Bangalore, Hyderabad, Chennai, Gurgaon, Noida, etc.”
The Economic Times predicted, according to Mishra, that “around 2.3 million young and energetic people working in India’s information technology and BPO” would be left jobless by the financial crisis.

As for the most immediate effect of the global capitalist crisis, nothing compares to the outflow of foreign institutional investment from the equity market. Over the financial year 2007-08, net FII investment inflows into India amounted to $20.3 billion. Since July, FIIs have pulled out more than $12.5 billion so far and the rupee has fallen by 20 percent. The Sensex index, which in its rise from the 4,000 range in 2002-3 to over 20,000 at the start of 2008 produced both endless ecstatic drivel in the business press and a flood of FII, has tumbled down to the 9,000 range as we write. The WEF-CII report, released ahead of the India Economic Summit that began on 16 November, said that “India’s dependence on capital flows to finance its current account deficit is a macroeconomic risk and the global crisis could generate a sharp increase in capital outflows and a reduction in the availability of finance.” In summary, as the winter of 2008 begins we are faced with a widening current account deficit, depleting foreign exchange reserves, depreciation of the rupee, the emergence of a balance of payment problem, credit crunch, and an accellerating contraction in industrial production.

It is surely appropriate that this moment should see the departure from the Finance Ministry of Chidambaram, as the “Washington Consensus” policies that he attempted to impose on the Indian economy suffer a total squalid collapse. Such protections as India has from the global credit implosion lie precisely in those remaining capital market and currency controls that Chidambaram sought relentlessly to destroy. Dishonest to the end, in his last weeks as Finance Minister Chidambaram tried to deny the evidence of the approaching contraction as shown by the negative trend of the Index of Industrial Production.

As Amiya Kumar Bagchi said in an interview with Radical Notes, “it is disingenuous of the Finance Minister to call the IIP ‘not very reliable’ when his government has done so much to massage the official statistics so as to produce a favourable picture of its performance in the economic field”.

Already Chidambaram’s programme for further financial sector “reform” is but a bad memory. The Government hints at different packages to arrest the slowdown of the economy, including the increase of public expenditure and public debt. The different parties propose strict controls for the financial sector, reversing those financial sector “reforms” put into effect. No one defends the “Washington Consensus” policies that have produced the disaster, but as yet no one is questioning their cornerstone: the focus on exports, foreign capital and technology, and 10-15% of the population as “modern” consumers. The business press has been reduced to babbling, and is taken by surprise and shocked by each new piece of economic news, even when it is no more than a continuation of a marked trend. The old religion, as set out by U.S. Treasury Secretary Paulson in Beijing in March, 2007 (”[a]n open, competitive, and liberalized financial market can effectively allocate scarce resources in a manner that promotes stability and prosperity far better than governmental intervention”), is dead. But the discussion of the path of planning and democratic socialist management has not yet come to life. We suggest this impasse is in part due to the clear necessity that any such programme must first address the unfinished business of Indian Independence, the failure to carry out the agrarian revolution in the countryside, where to this day most people live.

And when the discussion does begin, it must take as its subject matter more than economics or politics in isolation, but political economy. From the perspective of political economy there has been a single overarching process at work, the subjugation of India by world imperialist capital — a global capital market dominated by the United States — with interrelated consequences in the economy, international relations, domestic politics, and culture, including intellectual discourse. British colonialism successfully relied for generations upon a broad base of (often tacit or even disguised) cooperation and support in the possessing classes, including the Congress leadership.

Only with its global crisis in World War Two could colonial hegemony be shaken and Independence become possible. Today the hegemony of imperial capital in India is at least parallel in power and sources of support, but its global crisis also opens the possibility for carrying forward the aborted promise of Independence: revolutionary change in the countryside and self-determination for the great majority.
Posted by nickglais at 12:46 PM