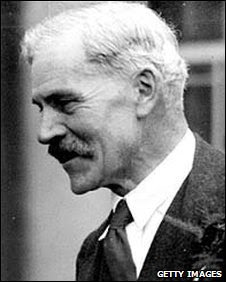 A dour Scottish Prime Minister. A moderate Labour government that had taken power after years in the wilderness by distancing itself from the trade unions. A world economic crisis that challenged the economic orthodoxy endorsed by that government.

But this is not the current crisis - rather, it is a description of the Labour government that took power exactly 80 years ago, in 1929, just before the Wall Street crash that ushered in the Great Depression.

At a conference in Cambridge, held at Anglia Ruskin University, leading Labour historians examined the record of the first Labour government to face an economic crisis, and the lessons it might hold for the present day.

Shortly after they took office, unemployment began rising sharply, putting the pound and the government budget under pressure.

When international bankers demanded that the Labour government cut civil servant wages and unemployment benefits in 1931 to save the pound, the Labour cabinet split - and the Prime Minister, Ramsay MacDonald, left the Labour Party and formed a national government with the Conservatives which won a huge electoral victory.

The Labour Party was reduced from 287 to around 50 MPs.

But Britain was forced to leave the gold standard anyway and devalue the pound.

This "myth of betrayal", in the words of Labour historian David Howell, of York University, led the Labour Party to turn to a rigid socialist vision which left it in the electoral wilderness for a decade - until its fortunes were revived as part of the wartime coalition during World War II.

In thrall to the City

The National Government attacked Labour policies as socialist
One of the most striking parallels between the events 80 years ago and the current situation is how much the Labour Party fell under the spell of the bankers, according to Professor Howell.

The Labour Chancellor in 1929 was Philip Snowden, an advocate of economic orthodoxy who believed in free trade, a balanced budget, and Britain staying on the gold standard with the pound fixed at a high rate to the dollar.

His views were closely aligned with those in the City and the Bank of England, who believed that these policies were vital in maintaining Britain's role in the world.

In the current crisis, the Labour Party has also been accused of being too close to the City, backing deregulation and ignoring the dangers of excessive and risky lending.

The current Labour government also believed that the key to Britain's prosperity was the health of the financial sector.

However, its policy response to the crisis has been different, with the current chancellor accepting that a soaring budget deficit is the only way out of the crisis, while the pound has been allowed to fall sharply on international currency markets.

But the huge banking bail-out, in contrast to the lesser support offered for the manufacturing sector, has also given critics the impression that Labour is still more concerned with saving the banking system than jobs in industry.

Civil servants marched against the proposed wage cuts in 1931
One of the fiercest historical debates has been whether there was a real alternative to Labour's orthodox approach in 1929.

Robert Skidelsky, in his influential book "Politicians and Slump", suggested that the proposals by Oswald Mosley, then a junior Labour minister but later the leader of the British Fascists, constituted a real Keynesian alternative.

But according to Professor Daniel Ritschel of the University of Maryland, the Mosley proposals were not based on Keynes' later vision of government deficit spending, but were a version of earlier Labour proposals for raising workers' wages through increased credit availability and greater co-operation among industrialists in restricting output.

As such, they bear some relationship to the current debate about whether expansion of credit, both for housing and businesses, should take priority in any moves towards encouraging the recovery.

The role of the trade unions

In 1926 the TUC called a General Strike to protect miners' wages
One of the biggest differences between the past and the present, however, is the role of the trade unions.

The unions in the 1920s had just gone through a bitter battle with employers that had led to a General Strike over miners' wages in 1926.

They had a difficult relationship with Ramsay MacDonald who had disapproved of that strike.

Labour's 1929 Manifesto, Labour and the Nation, had tried to appeal to middle class voters.

But in 1931, it was the general council of the TUC that provided the backbone to the Labour cabinet's resistance to the proposed cuts when it told a joint meeting it could not accept the plan to cut wages.

Historically, as Professor Howell points out, the falling out between the unions and the Labour Party has been a key part of the political difficulties faced by Labour during an economic crisis - such as in the "Winter of Discontent" in 1979.

Indeed, he argued that this might be the first economic crisis where the unions were not seen to be bringing down a Labour government - the reforms carried out by Mrs Thatcher but endorsed by New Labour had robbed them of much of their power and influence.

The Labour Cabinet was split over the need for deep cuts
Another big difference between 1931 and today is the make-up of the Parliamentary Labour Party.

In 1929 most Labour MPs were trade unionists with close links to their local constituencies.

According to journalist and historian Robert Taylor, they were very different from the class of "professional politicians" of the current Parliament, who have served most of their working lives in paid political and lobbying jobs.

Because they were closer to their roots, they were responsive to the worries of the unemployed and the calls for trade union solidarity.

They were not ready to desert the party to join a National government.

Mr Taylor argues that the current expenses crisis demonstrates that MPs are now much more out of touch with local feelings.

But in the 1930s the Labour leaders who deserted the party were also accused to being too close to the trappings of power, enjoying their time in court.

Both the political and economic outcome of the current crisis is still unclear.

But if history is any judge, they are likely to be painful for the Labour Party.
Posted by nickglais at 10:23 PM