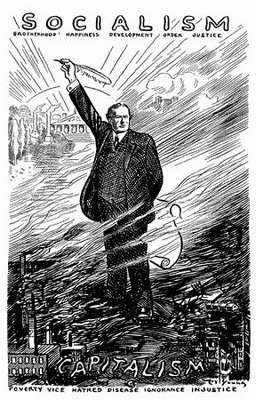 There seem to me to be two occasions, which require two plans for the world left, and in particular for the US left. The first occasion is in the short run. The world is in a deep depression, which will only get worse for at least the next one or two years. The immediate short run is what concerns most people who are facing joblessness, seriously lowered income and in many cases homelessness. If left movements have no plan for this short run, they cannot connect in any meaningful way with most people.

The second occasion is the structural crisis of capitalism as a world system, which is facing, in my opinion, its certain demise in the next twenty to forty years. This is the middle run. And if the left has no plan for this middle run, what replaces capitalism as a world system will be something worse, probably far worse, than the terrible system in which we have been living for the past five centuries.

The two occasions require different, but combined, tactics. What is our short-run situation? The United States has elected a centrist president, whose inclinations are somewhat left of center. The left, or most of it, voted for him for two reasons. The alternative was worse, indeed far worse. So we voted for the lesser evil. The second reason is that we thought Obama's election would open up space for left social movements.

The problem the left faces is nothing new. Such situations are standard fare. Roosevelt in 1933, Attlee in 1945, Mitterrand in 1981, Mandela in 1994, Lula in 2002 were all the Obamas of their place and time. And the list could be infinitely expanded. What does the left do when these figures "disappoint," as they all must do, since they are all centrists, even if left of center?

In my view, the only sensible attitude is that taken by the large, powerful and militant Landless Workers' Movement (MST) in Brazil. The MST supported Lula in 2002, and despite all he failed to do that he had promised, they supported his re-election in 2006. They did it in full cognizance of the limitations of his government, because the alternative was clearly worse. What they also did, however, was to maintain constant pressure on the government--meeting with it, denouncing it publicly when it deserved it and organizing on the ground against its failures.

The MST would be a good model for the US left, if we had anything comparable in terms of a strong social movement. We don't, but that shouldn't stop us from trying to patch one together as best we can and do as the MST does--press Obama openly, publicly and hard--all the time, and of course cheering him on when he does the right thing. What we want from Obama is not social transformation. He neither wishes to, nor is able to, offer us that. We want from him measures that will minimize the pain and suffering of most people right now. That he can do, and that is where pressure on him may make a difference.

The middle run is quite different. And here Obama is irrelevant, as are all the other left-of-center governments. What is going on is the disintegration of capitalism as a world system, not because it can't guarantee welfare for the vast majority (it never could do that) but because it can no longer ensure that capitalists will have the endless accumulation of capital that is their raison d'être. We have arrived at a moment in which neither farsighted capitalists nor their opponents (us) are trying to preserve the system. We are both trying to establish a new system, but of course we have very different, indeed radically opposed, ideas about the nature of such a system.

Because the system has moved very far from equilibrium, it has become chaotic. We are seeing wild fluctuations in all the usual economic indicators--the prices of commodities, the relative value of currencies, the real levels of taxation, the quantity of items produced and traded. Since no one really knows, practically from day to day, where these indicators will shift, no one can sensibly plan anything.

In such a situation, no one is sure what measures will be best, whatever their politics. This practical intellectual confusion lends itself to frantic demagoguery of all kinds. The system is bifurcating, which means that in twenty to forty years there will be some new system, which will create order out of chaos. But we don't know what that system will be.

What must the left do? Promote intellectual clarity about the fundamental choice. Then organize at a thousand levels and in a thousand ways to push things in the right direction. The primary thing to do is to encourage the decommodification of as much as we can decommodify. The second is to experiment with all kinds of new structures that make better sense in terms of global justice and ecological sanity. And the third thing we must do is to encourage sober optimism. Victory is far from certain. But it is possible.

So, to resume: work in the short run to minimize pain, and in the middle run to ensure that the new system that will emerge will be a better one and not a worse one. But do the latter without triumphalism, and knowing that the struggle will be tremendously difficult.

SOURCE: The Nation
Posted by nickglais at 5:48 PM