"The Politics of Economic Disaster" by Immanuel Wallerstein 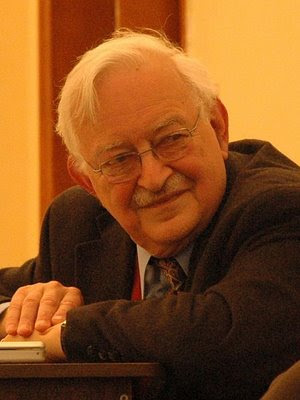 Every day, I read another economist, journalist, or government official opining on how best to achieve economic recovery in this country or that. Needless to say, the remedies all contradict each other. But almost all of these pundits seem to me to live in fantasyland. They actually seem to believe their remedies will work in some relatively short period of time.

The fact is that the world is only at the beginning of a depression that will last for quite a while and will get far worse than it is now. The immediate issue for governments is not how to recover but how to survive the growing popular anger they are all, without exception, facing.

Let us start with the economic realities of the present. Just about everybody throughout the world - governments, enterprises, individuals - has been living above their income for the last 10-30 years, and doing it by borrowing. The world went giddy with inflated earnings and inflated consumption. Bubbles have to burst. This one has now burst (or actually several bubbles have burst). The impossibility of continuing on this path has sunk into consciousness, and suddenly everyone has gotten scared that they are running out of real money - governments, enterprises, individuals.

When that fear takes over, people stop spending, or lending. And when spending and lending declines significantly, enterprises stop producing or slow down. They may close down entirely, or at least fire workers. This is a vicious cycle, since closing down or firing workers leads to lower real demand and causes further reluctance to spend or to lend. It's called depression, and deflation.

For the moment, the United States government, which is still in a position to borrow money and print money, intends to throw some new money into circulation. This might work if the government threw an awful lot, and threw it wisely. But quite probably, it won't do it wisely. And quite probably throwing the amount that might work amounts to little more than creating another bubble. And the dollar might then really fall much faster than other currencies, pulling down the last important prop to the world-economy.

In the meantime, there is less and less money for daily consumption of all kinds for the bottom 90% of the world's population (and it's not so good for the top 10%). People are getting restless. Just in the last month, we have seen people in the streets protesting economic difficulties in a growing number of countries - Greece, Russia, Latvia, Great Britain, France, Iceland, China, South Korea, Guadeloupe, Reunion, Madagascar, Mexico - and probably a lot more that haven't been noticed by the world press. In fact, it's been relatively mild up to now, but the governments are all on edge.

What do governments do when their primary concern is dealing with internal unrest? They really have two choices - shoot the protestors, or appease them. Shooting works only up to a point. For one thing, the agents of force must themselves be well-enough paid to be willing to do it. And when there is a serious economic downturn, arranging this is not all that easy for the regimes.

So the regimes begin to appease their populations. How? First of all, by protectionism. Everyone has begun to complain about the protectionism of other countries. But the complainers are all practicing it themselves. And they will do a lot more of it. The free market economists all tell us that protectionism makes the overall economic situation still worse. That's probably true, but politically quite irrelevant, when there are people in the streets wanting jobs - now!

The second way governments appease when there is unrest is by social-democratic welfare measures. But to do that, governments need money. And governments get money from taxes.. The free market economists all tell us that raising taxes (of any kind) during an economic downturn makes the overall economic situation still worse.. That may be true, but in the short run that's also irrelevant. As it is, in a downturn, tax receipts fall. Governments can't keep up even with current expenditures, not to speak of paying for increased expenditures. So they will tax in one way or another. Or they will print money.

Finally, the third way they appease is by a healthy dose of populism. The real income gap between the top 1% and the bottom 20% both within countries and worldwide has grown enormously in the last thirty years. The gap will now be reduced to the more "normal" gap that existed in 1970, which is still very large, but somewhat less scandalously large. Hence, you have governments talking now of "income caps" for bankers, as in the United States and France. Or you can prosecute people for corruption, as in China.

It's a bit like being in the path of a tornado. The worst can come upon governments suddenly. When that happens, they have only minutes to take shelter in their cellars. The tornado then passes, and if one is still alive, one comes out to survey the damage. The damage will turn out to be very extensive. Yes, one can rebuild. But then the real argument begins - about how one rebuilds, and how fairly one shares the benefits of rebuilding.

How long will this gloomy picture prevail? No one knows or can be sure, but it will probably be a good number of years. In the meantime, governments will face elections, and voters will not be kind to the incumbents. Protectionism and social-democratic welfare serve governments the way the cellar does during a tornado. The quasi-nationalizati on of banks is another way of taking shelter in the cellars.

What we the people have to think about and prepare for is what we do when we emerge from the cellar, whenever that is. The fundamental question is how are we going to rebuild.. That will be the real political battle. The landscape will be unfamiliar. And all our past rhetorics will be suspect. The key thing to realize is that rebuilding can take us into a far better world - but it can also take us into a far worse one. In either case, it will be a far different one.

[Copyright by Immanuel Wallerstein, distributed by Agence Global. For rights and permissions, including translations and posting to non-commercial sites, and contact: rights@agenceglobal .com, 1.336.686.9002 or 1.336.286.6606. Permission is granted to download, forward electronically, or e-mail to others, provided the essay remains intact and the copyright note is displayed. To contact author, write: immanuel.wallerstei n@yale.edu.
Posted by nickglais at 2:07 PM