The financial crisis will be "more extreme and more serious than that of the 1930s", 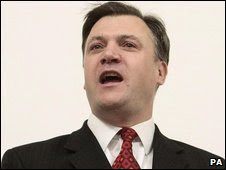 The financial crisis will be "more extreme and more serious than that of the 1930s", cabinet minister Ed Balls has predicted.

Mr Balls, a former economic adviser to Gordon Brown, said the global recession would be the most serious for "over 100 years", the Yorkshire Post reported.

He told a Labour conference that these were "seismic events that are going to change the political landscape".

The Conservatives said the remarks were "staggering and very worrying".

Mr Balls, the schools secretary, made the comments at Labour's Yorkshire conference at the weekend, the newspaper reported.

Mr Balls and Downing Street have attempted to play down the significance of his remarks, insisting he had been pointing out the unique nature of the global financial crisis and was not predicting that the impact on ordinary people would be worse than that experienced during the Great Depression of the 1930s.