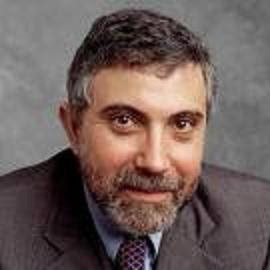 Stockholm Sweden - Paul Krugman, the Princeton University scholar and New York Times columnist, won the Nobel economic prize Monday for his analysis of how economies of scale can affect trade patterns and the location of economic activity.

Krugman has been a harsh critic of the Bush administration and the Republican Party in The New York Times, where he writes a regular column and has a blog called “Conscience of a Liberal.”

He has come out forcefully against John McCain during the economic meltdown, saying the Republican candidate is “more frightening now than he was a few weeks ago” and earlier that the GOP has become “the party of stupid.”

The 55-year-old American economist was the lone of winner of the 10 million kronor ($1.4 million) award and the latest in a string of American researchers to be honored. It was only the second time since 2000 that a single laureate won the prize, which is typically shared by two or three researchers.

The Royal Swedish Academy of Sciences praised Krugman for formulating a new theory to answer questions about free trade.

“What are the effects of free trade and globalization? What are the driving forces behind worldwide urbanization? Paul Krugman has formulated a new theory to answer these questions,” the academy said in its citation.

“He has thereby integrated the previously disparate research fields of international trade and economic geography,” it said.

The award, known as the Nobel Memorial Prize in Economic Sciences, is the last of the six Nobel prizes announced this year and is not one of the original Nobels. It was created in 1968 by the Swedish central bank in Alfred Nobel’s memory.

Besides his work as an economist at Princeton University in New Jersey, where he has been since 2000, Krugman also writes about politics and inequality in the U.S. and other topics for The New York Times. He has also written for Foreign Affairs, the Harvard Business Review and Scientific American.

Commenting on the global economic meltdown, Krugman told a news conference in Stockholm by telephone from the United States that some of his research was linked to currency crises and related issues.

“This is terrifying,” he said, comparing it to the financial crisis that gripped Asia in the 1990s.

He said winning the Nobel award won’t change his approach to research and writing.

“The prize will enhance visibility,” he said, “but I hope it does not lead me into going to a lot of purely celebratory events, aside from the Nobel presentation itself.”

Krugman’s work on new trade theory garnered him the John Bates Clark medal from the American Economic Association in 1991. That prize is given every two years to an economist under the age of 40.

The citation said Krugman’s approach is based on the premise that many goods and services can be produced at less cost in long series, a concept known as economies of scale. His research showed the effects of that on trade patterns and on the location of economic activity.

In contrast to his treatment of U.S. financial officials, Krugman has praised leaders in Britain for their response to the global financial crisis.

In an Oct. 12 article on the New York Times’ Web site, Krugman wrote about the global financial meltdown and its reach into Europe, saying that British Prime Minister Gordon Brown and Chancellor Alistair Darling “defined the character of the worldwide rescue effort, with other wealthy nations playing catch-up.”

Whereas U.S. Treasury Secretary Henry Paulson rejected a “sort of temporary part-nationalization” involving governments giving financial institutions more money in return for a share of ownership, the British government “went straight to the heart of the problem ... with stunning speed.”

Krugman said the major European economies have “in effect declared themselves ready to follow Britain’s lead, injecting hundreds of billions of dollars into banks while guaranteeing their debts.”

The Nobel Prizes in medicine, chemistry, physics, literature and economics will be handed out in Stockholm by Sweden’s King Carl XVI on Dec. 10, the anniversary of prize founder Alfred Nobel’s death in 1896. The Nobel Peace Prize is handed out in Oslo, Norway, on the same date

Political Economy Research is happy that the Economist the Republican's hate the most has got the Nobel Prize for Economics but we remember when Milton Friedman won the prize - so the Nobel Institution just goes with the flow and neo liberalism has lost its appeal even for the Nobel Institution.

We are also pleased with the news that our favourite Economist Michael Hudson at Michael-hudson.com has had 2.7 million viewers in the last week. That means there are a lot of better informed people out there about this current economic crisis .
Posted by nickglais at 6:18 AM