Michael Hudson - Why Banks will not lend 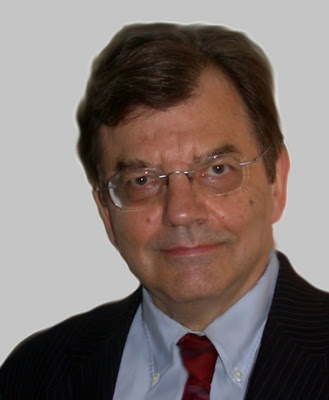 Here’s why the government giveaway logic is fallacious: It’s a giveaway, not a bailout. A bailout is designed to keep the boat afloat. But the existing Wall Street boat crafted by the investment bankers seeking to unload their junk must sink. The question as it sinks is simply who will be able to grab the lifeboats, and who drowns.

There is a reason why the banks won’t lend: Housing and commercial real estate already are so heavily mortgaged that there is no rental value available (over and above operating expenses, current taxes and debt service) to pledge to the banks. It still costs more to buy a house than to rent it. No increase in the amount of credit, short of hyperinflation can cure this. No lowering of interest rate, will lead banks to risk making a bad new loan -- that is, a loan that probably will go bad and end up with the bank taking a loss after the borrower walks away or defaults.
Does Congress know what it is being told to do? Suppose that “taxpayers” are to squeeze money out of the “toxic” junk mortgages they buy from the investors that have bought these bad loans. The only way to do so would be for real estate prices to be raised to even higher levels. This means an even higher proportion of take-home pay by prospective homeowners.

Mr. Paulson realizes this. That’s why he’s directed Fannie Mae and Freddie Mac to inflate real estate prices all the more. At least, by the existing mortgage-holders to get paid off by existing debtors selling to the proverbial “greater fool.” The hope in Mr. Paulson’s plan is that there are enough “greater fools” with enough money to borrow from yet more foolish new mortgage lenders. Only Fannie Mae, Freddie Mac and the Federal Housing Agency are willing to make such foolish loans, and that is only because they are being directed to act in a foolish way by Mr. Paulson.
Here’s the problem with following Mr. Paulson’s orders and lending yet more: Every major real estate advisor on record has forecast a further drop of between 20 to 30 percent in property prices over the coming 12 months. This is now the standard forecast. It means that over and above the 5 million arrears and foreclosures that Mr. Paulson acknowledged already are on the books, yet more families are to give up the fight by this time next year. Is the $700 billion giveaway fund to try to recoup by evicting them too from their houses -- to pay the “taxpayer” enough to bail out Countrywide, Washington Mutual and other predatory lenders for loans that state attorneys general have accused of being fraudulent?

For the government to even begin to recover some of the value of the $700 billion in junk mortgages it has bought would force new homebuyers to pay even more of their income to the banks. And if they do that, they will have less income to spend on goods and services. The domestic market will shrink, and tax revenues will fall at the state, local and federal levels. The debt overhead will deflate the economy, causing shrinkage all down the line.

So here’s where the cognitive dissonance comes in: It is necessary, even inevitable, for the volume of debt to come down -- not up -- to restore equilibrium. The economy was well on its way to preparing the ground for this last week. As Alan Meltzer of the American Enterprise Institute (of all places!) explained on McNeill-Lehrer, Merrill Lynch was able to be sold at 22 cents on the dollar; and the economy survived Lehman Brothers and Bear Stearns being wiped out.

Such debt writes-offs are a precondition for writing down America’s mortgage debts to levels that are affordable. But Mr. Paulson’s plan is to fight against this tide.

He wants Wall Street to keep on raking in money at the expense of the economy at large. These are the big banks who lobbied Congress to appoint deregulators, the banks whose officers paid themselves enormous bonuses and gave themselves enormous golden parachutes. They were the leaders in the great disinformation campaign about the magic of compound interest. And now they are to get their payoff.

The pretense is that not to pay them off would threaten “the economy.” The reality is that it only would stop their predatory behavior. Worse than that, for the economy at large a government takeover of these bad loans would prevent the debt write-down that the economy needs!

It gets worse. If Congress should be so destructive as to buy out $700 billion of bad loans (for starters), the sellers will do just what Russia’s kleptocrats did. They will take their money and move it abroad to a “hard” currency country. This will help collapse the dollar. Up will go gasoline costs and prices for other imports. America will be turned into a Russian-style post-Soviet economy, having endowed a new domestic kleptocracy of insiders, who use some of their gains to finance the campaigns of American Yeltsins such as McCain.

So let us admit that the economy has been taking a wrong track for a number of decades now. As John Kay noted : “When the dust settles, many banks and hedge funds will have lost more money on their trading activities in the past year or so than they had made in their entire history . . . The pursuit of shareholder value damaged both shareholder value and the business.”

I worry that Wednesday’s jump in the Dow Jones average signals that the big betters have decided that there is a good chance of the vast giveaway going through. The Republican protests seem to me to aim not so much at really stopping the measure, but on going on record that they opposed it -- before they voted for it. When the public wakes up to the great giveaway, the Republicans can say, “It was a Democratic Congress that did it, not us. Read our anguished protests.” Everyone is trying to cover themselves. With good reason.

Don’t let them speak on behalf of voters and then act against the economy, claiming that they are trying to save it. A giveaway of unprecedented magnitude would cripple it for as far as the eye can see

For the full article visit