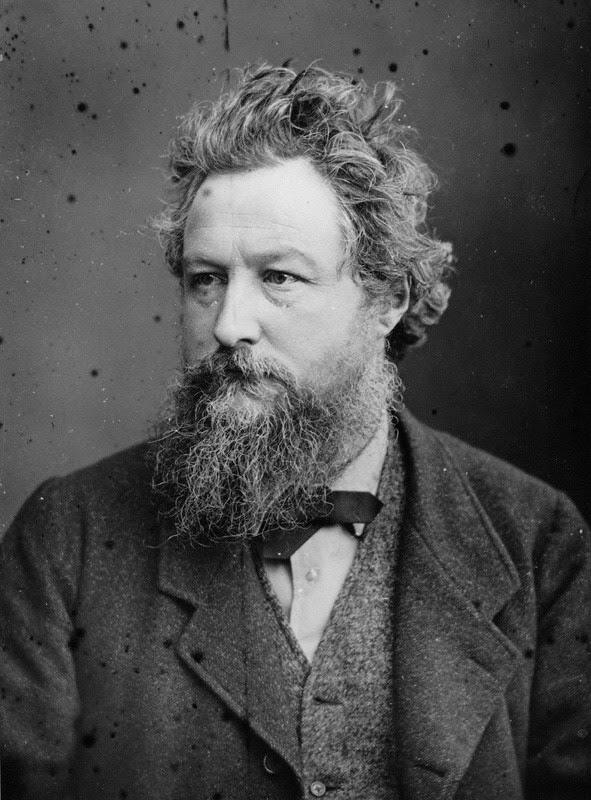 This eloquent and enthusiastic American writer and agitator has been among us for three months working hard to push what he believes to be the true remedy for our terrible social ills, some acknowledgment of which at least he has forced from the better part of the middle-classes.

It is impossible not to feel sympathy and regard for a man of this kind, in whose most bitter attacks there is still an attractive kindliness, and whose earnest faith and simplicity cover over with a rude eloquence the grave mistakes which to others seem to lie at the foundation of all his teaching.

It is indeed refreshing in days like these, when cynicism and contempt for all self-sacrifice are so often taken as the test marks of the higher culture, to find a man who, rising from among the workers, throws the glamour of his own sincerity over the most callous and forces them to look into the misery around them, of which misery indeed many of the highly critical and refined are the direct cause, For what he has done here in England we owe Henry George our sincerest thanks: he himself has earned our deep esteem.

His book has stirred men and women of the middle-class to think of what must be called revolution as something possible and beneficent, and has even stirred some of them to act in a sort of way; ineffectual as their palliatives must be for the remedy of the wrongs which their class has created.

It is not unlikely that a more logical and correct thinker, a more rigid economist would have failed where he has so far succeeded.

People read between the lines of his book, not his economical errors, but his deep love of truth and his never-ceasing desire to benefit his fellow-men.

The feelings were swept away by "Progress and Poverty," the reason came limping lamely after to offer hopeless expostulation. And as with his writing so with his speaking. That winning frankness and genuine sincerity which ring through his every utterance have gone straight to the hearts of his English audiences on all occasions save when he was speaking at the would-be home of culture and refinement If the land question at this hour is more clearly before the people than any other this is in great part due to Mr. Henry George.

No doubt he came at a favourable time as his book was published at a moment when it Was likely to attract attention.

Unless circumstances favour the writer or the orator his labour as all history shows is vain for his own epoch.

But this in no wise takes away from the merit of his work or detracts from the honour due to labours in the cause of the people.

Granted that the depression throughout the country and the serious state of our agricultural industry helped Mr. George to an attentive hearing, he never spared himself but strove as we are striving to stir an apathy which has lasted almost unbroken for over thirty years.

For ourselves we will confess that we looked with some misgiving to his visit now drawing to a close.

Mr. George's high qualities are themselves a drawback from our point of view.

We feared - and the fear may still prove far from groundless - that the capitalists of this country wealthy, powerful, organised as they are, would make common cause with Mr. George and, anxious to save the proceeds of their own still worse methods of plunder, would on the one hand show a tendency to throw the landlords overboard as Jonahs frpm the craft now owned and chiefly manned by themselves, and on the other would pit Mr. George as the reasonable and moral reformer against the unreasonable and immoral revolutionists, of which we form a part.

They have not done so. It is therefore unnecessary that we should here enlarge upon the grave differences which exist between Mr. George and ourselves.

We too desire to overthrow the landlord domination; we too have worked for years to get back the land for the people; we too are altogether at one with Mr. George to his eloquent denunciations of the Ducal robbers echo have rendered Scotland a wilderness, and the English garrison who have reduced the Irish to serfdom.

In our own country also the grip of the land grabber is over us all; and commons and heaths of unmatched beauty and wildness have been enclosed for farmers or jerry-built upon by speculators in order to swell the ill gotten revenues of some covetous aristocrat or greedy money-bags; while any real improvement in our great towns, where the lodging of the working class is an acknowledged disgrace to civilisation, is rendered impossible by the fancy prices of land caused by competition ground rents.

To every anathema which Mr. George has launched against these cormorants of our health, happiness and comfort we heartily chant Amen.

But we cannot finish, nay we cannot even begin, here. The worst enemies of the people to-day are those whom our " Prophet of California" leaves untouched by his denunciations and unscathed by his sarcasm.

To Mr. George the robber of a hundred is a villain indeed: the dexterous annexer of many thousands may pass full pocketed on his way as a benefactor of his race.

We cannot help thinking that their, to us, unexpected and surely impolitic treatment of Mr. George should teach him a lesson; they have universally repudiated him; with the cynical impudence of attacked "interests" they have called the ten commandments to their aid and have freely used the words theft and spoliation against one of the honestest men alive.

But our guest returns to his own people and our heartiest good wishes for the health and welfare of him and his go with him.

However much and seriously we may differ from him, we feel that his enemies are ours also, and that his end like ours is the winning of a due share of happiness and refinement for the workers of the world we English Socialists therefore give a hearty, farewell to our friend and noble fellow-worker the American Henry George.