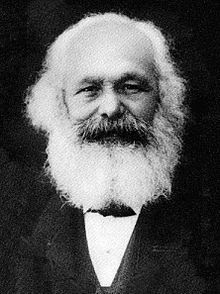 A Paper read at the Manchester Section of the International Working Men's Association;
Written: by Marx in March-April 1872;
Published: in The International Herald No. 11, June 15, 1872;
On-line version: Taken from the newspaper;
Transcribed: by director@marx.org.


The property in the soil is the original source of all wealth, and has become the great problem upon the solution of which depends the future of the working class.

I do not intend discussing here all the arguments put forward by the advocates of private property in land, by jurists, philosophers and political economists, but shall confine myself firstly to state that they have tried hard to disguise the primitive fact of conquest under the cloak of "Natural Right".

If conquest constituted a natural right on the part of the few, the many have only to gather sufficient strength in order to acquire the natural right of reconquering what has been taken from them.

In the progress of history the conquerors found it convenient to give to their original titles, derived from brute force, a sort of social standing through the instrumentality of laws imposed by themselves.

At last comes the philosopher and demonstrates that those laws imply and express the universal consent of mankind.

If private property in land be indeed founded upon such an universal consent, it will evidently become extinct from the moment the majority of a society dissent from warranting it.

However, leaving aside the so-called "rights" of property, I assert that the economical development of society, the increase and concentration of people, the very circumstances that compel the capitalist farmer to apply to agriculture collective and organised labour, and to have recourse to machinery and similar contrivances, will more and more render the nationalisation of land a "Social Necessity", against which no amount of talk about the rights of property can be of any avail.

The imperative wants of society will and must be satisfied, changes dictated by social necessity will work their own way, and sooner or later adapt legislation to their interests.

What we require is a daily increasing production and its exigencies cannot be met by allowing a few individuals to regulate it according to their whims and private interests, or to ignorantly exhaust the powers of the soil.

All modern methods, such as irrigation, drainage, steam ploughing, chemical treatment and so forth, ought to be applied to agriculture at large. But the scientific knowledge we possess, and the technical means of agriculture we command, such as machinery, etc., can never be successfully applied but by cultivating the land on a large scale.

If cultivation on a large scale proves (even under its present capitalist form, that degrades the cultivator himself to a mere beast of burden) so superior, from an economical point of view, to small and piecemeal husbandry, would it not give an increased impulse to production if applied on national dimensions?

The ever-growing wants of the people on the one side, the ever-increasing price of agricultural produce on the other, afford the irrefutable evidence that the nationalisation of land has become a social necessity.

Such a diminution of agricultural produce as springs from individual abuse, will, of course, become impossible whenever cultivation is carried on under the control and for the benefit of the nation.
All the citizens I have heard here today during the progress of the debate, on this question, defended the nationalisation of land, but they took very different views of it.

France was frequently alluded to, but with its peasant proprietorship it is farther off the nationalisation of land than England with its landlordism.

In France, it is true, the soil is accessible to all who can buy it, but this very facility has brought about a division into small plots cultivated by men with small means and mainly relying upon the land by exertions of themselves and their families.

This form of landed property and the piecemeal cultivation it necessitates, while excluding all appliances of modern agricultural improvements, converts the tiller himself into the most decided enemy to social progress and, above all, the nationalisation of land.

Enchained to the soil upon which he has to spend all his vital energies in order to get a relatively small return, having to give away the greater part of his produce to the state, in the form of taxes, to the law tribe in the form of judiciary costs, and to the usurer in the form of interest, utterly ignorant of the social movements outside his petty field of employment; still he clings with fanatic fondness to his bit of land and his merely nominal proprietorship in the same.

In this way the French peasant has been thrown into a most fatal antagonism to the industrial working class.

Peasant proprietorship being then the greatest obstacle to the nationalisation of land, France, in its present state, is certainly not the place where we must look to for a solution of this great problem.

To nationalise the land, in order to let it out in small plots to individuals or working men's societies, would, under a middle-class government, only engender a reckless competition among themselves and thus result in a progressive increase of "Rent" which, in its turn, would afford new facilities to the appropriators of feeding upon the producers.

"Small private property in land is doomed by the verdict of science, large land property by that of justice. There remains then but one alternative. The soil must become the property of rural associations or the property of the whole nation. The future will decide that question."

I say on the contrary; the social movement will lead to this decision that the land can but be owned by the nation itself.

To give up the soil to the hands of associated rural labourers, would be to surrender society to one exclusive class of producers.

The nationalisation of land will work a complete change in the relations between labour and capital, and finally, do away with the capitalist form of production, whether industrial or rural.

Then class distinctions and privileges will disappear together with the economical basis upon which they rest.

To live on other people's labour will become a thing of the past. There will be no longer any government or state power, distinct from society itself!

Agriculture, mining, manufacture, in one word, all branches of production, will gradually be organised in the most adequate manner.

National centralisation of the means of production will become the national basis of a society composed of associations of free and equal producers, carrying on the social business on a common and rational plan.

Such is the humanitarian goal to which the great economic movement of the 19th century is tending.

Posted by nickglais at 7:00 AM