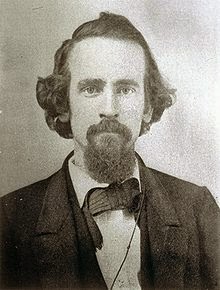 While others argued that the employment of Chinese immigrants would not harm the existing labour force, George suggested; “If this position is correct, then the knotty labor question is indeed solved; the interests of labor and capital are indeed identical.”  However, for the George the position did not seem correct.

Rather for George, the “Labor Question” remained unsolved.
The low wages that Chinese immigrants received and the assumption that all profits, rents, and alike would be reduced by the same proportion as the reduction in wages, was to George a manifestly absurd fallacy.

Instead, he argued that “when we speak of a reduction of wages in any general and permanent sense, we mean this, if we mean anything – that in the division of the joint production of labor and capital, the share of labor is to be smaller, that of capital larger.” Adding, “this is precisely what the reduction of wages consequent upon the introduction of Chinese labor means.”  From this juncture in the article, the meaning of Chinese labour took a racial turn. “The population of our country [is] welded into a homogeneous people,” George declared, preceding to note that, “to a certain extent the Chinese become quickly Americanized; but this Americanization is only superficial.”

The superficiality of Chinese Americanization implied a lack of willingness to become citizens and in general a transient and temporary nature of being.  This condition, in George’s eyes, was unwelcome in a nation being reconstructed.  “A population born in China, expecting to return to China, living here in a little China of its own, and without the slightest attachment to the country” declared George, were

For George the future of the United States looked bleak because of the Chinese.

He argued that, “they will bring no women with them (and probably will not for a little while yet) except those for the purposes of prostitution; and the children of these, of whom there are some hundreds in California, will exercise upon the whole mass but little perceptible influence, while they will be in all respects as essentially Chinese as though born and reared in China.”⁠1

The solution to the “knotty labor question” was apparent to George; the Chinese must be excluded from the United States.

Henry George, who had been inspired by the work of British philosopher and political economist John Stuart Mill, decided to sent a copy of his article to Mill.⁠2  Mill responded to George in a letter published in the National Standard during July 1870.

The reply agreed in principle with the economic side of George’s polemic, but also laid out a plea to regard Chinese immigrants as citizens.

If an “overwhelming” influx of Chinese immigrants occurred, Mill believed that it would be “economically injurious to the mass population; that it must diminish their wages, and reduce them to a lower stage of physical comfort and well-being.”

In Mill’s mind, the severity of an influx was such that workers should rally against immigration, stating that, “if the working-men have not combined to prevent this, it is time they should.”

However, Mill also believed that granting immigrants citizenship was a principle that should be upheld, declaring that “every immigrant of every race must be admitted citizenship.”  In an appeal to George, Mill argued that admitted citizenship would strengthen the labour movement.  Mill insisted that, “all men equal, equally free to carve each his own career, and entitled to all the aid his fellows can give.”⁠3
References