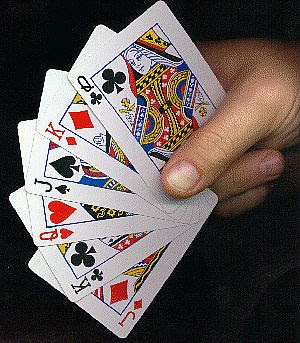 The Bank of International Settlements, which seems to be the only institution that tracks the derivatives market, has recently reported that global outstanding derivatives have reached 1.14 quadrillion dollars: $548 Trillion in listed credit derivatives plus $596 trillion in notional/OTC derivatives.

Yes, that is Quadrillion. One and 12 zeroes!

Since then, derivative trades have grown exponentially, until now they are larger than the entire global economy. The Bank for International Settlements recently reported that total derivatives trades exceeded one quadrillion dollars – that’s 1,000 trillion dollars. How is that figure even possible? The gross domestic product of all the countries in the world is only about 60 trillion dollars. The answer is that gamblers can bet as much as they want. They can bet money they don’t have, and that is where the huge increase in risk comes in.

Size of Economies in world Economy

These are World Bank figures because they take account of purchasing power parity between countries and signifcantly India's size in world economy is larger than the 1.5 triilion dollars I jumping ahead of Japan to over 4 trillion dollars.


The International Monetary Fund (IMF) has published data on the GDPs of several countries adjusted by Purchasing Power Parity. Using an improved methodology the results are surprising. China and India, when measuring GDP at PPP, are not as large as it was first thought they say.

With the World Bank and the IMF unable to get a proper grip on the world economy size- it does not augar well for capitalist policy makers .

Look like Bank of International settlements is doing a better job

You really have no understanding of the structure of the derivatives market. First off, those are notional values. The true value of a derivative is a fraction of the notional value. Also, since these traders hedge themselves, the vast majority of these notional values are netted out by traders taking opposing sides of the same trade.

Don't believe me? Look at the CDS settlement at Lehman Brothers. Everyone was losing it because the notional value of CDS contracts outstanding on Lehman debt was something in the area of $300B. All told, net payments between counterparties was a paltry $4 or $5B.

Take at least 2 zeroes of your figures before you start ringing alarm bells.