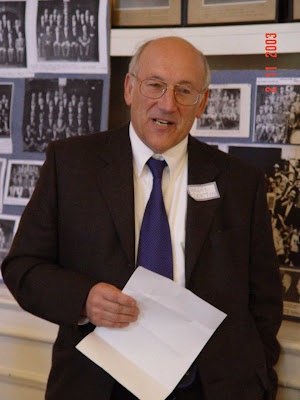 I do not think it can. The fundamental contradictions of capitalism are all operating. There is no obvious way of bringing the current situation to an end. There is a huge amount of surplus capital, and this is being blamed on China and other countries. But that is absurd: the amount of surplus held by China is something like $2 trillion, which is a fraction of the surplus capital within the system as a whole.

Much of the surplus ended up in derivatives. The only solution is for surplus capital to be wiped out - and with it a section of the capitalist class. But to a certain extent excess capital is extinguished, otherwise there would not be capitalism, and this is happening now. To the extent it happens the downturn will be limited and come to an end, which is likely to occur within the next two to three years.

But can there be a return to a vibrant capitalism? The answer is no. The real question is not so much ‘Why has this happened?’, but ‘Why didn’t it happen before?’ A Marxist cannot simply argue that capitalism will come to an end when the majority are persuaded it must be overthrown. We are opposed to capitalism because it is inferior to socialism - it is inconsistent even in its own terms. It is structurally incapable of continuing to develop the forces of production to the extent that they can be developed. Capitalism’s internal contradictions make it malfunction, which is what has actually been happening.

What is more, they know they have no alternative strategy. Obviously there are ideological statements that can be made and piecemeal measures taken. And at the present time the working class is demoralised, so they are not in dire straits. But over the middle to long term capitalism is in considerable trouble.

Is it possible theoretically for capitalism to enter a new boom?

I cannot see it. We do not live under a system of spontaneous capitalist development. Governments have been playing a crucial role for a century now and the capitalist class wants and depends on government intervention. In fact they would prefer for the economy to expand at a fairly low rate of growth, which is what happened after 1995. They fear the possibility of inflation.

So a boom is technically possible, but very unlikely. If expansion were to be accelerated, it would lead to increased power for the working class, directly or indirectly. The capitalist class will not go there unless they are forced to. It would be better from their point of view to continue with a steady, safe capitalism than to have no capitalism at all.

Would it be reasonable to say that capitalism’s secular decline is now dominant compared to its cyclical tendencies?

It is more complicated than that. What we are actually talking about is a period from World War II until March 2000, in which the downturns were in fact quite weak. They were largely defined by governments raising interest rates and taking fiscal measures - deliberately reducing growth in order to control the working class.

Those cycles were relatively weak, even if it did not always look quite like that. What is happening now is entirely different. It is very similar to the great depression. The only reason it will not become another great depression is that governments will intervene to prevent it, which they did not do last time.

Is it possible or desirable for the US to offload the downturn onto other countries?

I am not certain about that thesis at all. It depends what one is actually saying. It is obviously true that the industrial downturn is experienced much more strongly in China than in the United States. You would expect that, because the US has exported a good deal of its industry to China - it has to a degree externalised its working class.

The effect of the downturn on countries that are not industrialising through American capital is not the same. In third world countries the effect can be far worse, but that is to a considerable degree because the standard of living is very low in the first place. Their exports are hit and their rate of exchange declines - that will be the case in South Africa, for example.

But whether this is the same as exporting the downturn is another question. After all in the US and Britain we are talking about rising levels of unemployment and a downturn of considerable severity. If it is suggested that they can somehow continue to expand and not experience a downturn compared to third world countries, that is untrue.

In the case of Britain, because of the dominance of finance capital, which reached 40% of GDP, clearly the industrial downturn, while real, is of less importance. But in Germany the downturn in industry has been very substantial. It simply cannot export its goods. Volkswagen, the biggest car producer in Europe, is about to report a loss. The automobile industry is crucial and if a major car manufacturer goes down, then the economy is in very big trouble.

Do you think the G20 will be able to come up with a united response to the crisis?

Well, the finance ministers have just met and it is reported that they could not decide on anything. That is really a commentary on where they are - they are unable to come to any agreement.

There are three aspects worth looking at in relation to the G20. The United States and United Kingdom want the world economy to expand by around 2% of GDP in monetary terms. In other words, they want to pump in that additional amount of money. But the Europeans, led by the Germans and French, are resisting this.

It is a split within the capitalist class between, if you like, the Anglo-Saxons and the continentals. America and Britain are very much finance capital powers - one finance capital power really. But the French and Germans are not in that position and are not prepared to go along with it. They do not wish to be controlled by finance capital. In a sense it is an expression of their independence.

The second aspect goes back to what we were talking about earlier. France and Germany do have a powerful working class and they are afraid if the economy expands too fast workers will start to act.

But, on the other hand, they are seeing the destruction of their industries.

Yes, that is true. But it is not that they are taking no measures - the Germans have pumped in $500 billion. It is just that they do not want to go so far, even though 2% is not that much in fact.

No doubt they will draw up a statement about agreeing to expand, but the details are likely to be fudged. They will have to have some agreement, because there would be no point in Britain and America expanding while the rest of the world does not. However, it is an expression of the comparative decline of the United States that they can no longer force everything through.

The third question relates to the IMF. It seems certain that increased funding will be agreed, but some countries will be pushing for an increased say in the IMF, which is effectively controlled by the United States. The question is how far it can be reformed.

But the main reason they will agree to extra funding is because eastern Europe is going down the plughole very fast. The IMF has already bailed out Hungary, Latvia and Ukraine. But these bailouts are insufficient and the funds held by the IMF are trivial compared to what is required.The intention is to increase it to $750 trillion, which does not look that great in terms of the US, but for smaller countries like those in eastern Europe it is significant. And they will have to be bailed out for political reasons.

Of course, the countries of eastern Europe were formerly Stalinist and they have not all made it yet to classic capitalism. Consequently under current circumstances their economies are very susceptible and living standards will go down very rapidly. Russia itself is in a precarious position, in that it is much further away from classic capitalism than the rest of eastern Europe. There is a tendency to revert to increased state control. If oil prices remain low, which looks likely, the balance of payments will continue to decline. In any case debts on a private basis are over $200 billion - Russia originally had $400 billion in reserves. It will almost certainly be in deep trouble before too long. Russia’s economy is highly dependent on the export of raw materials and its industry has been targeted for asset-stripping. The result is that it is moving towards a really critical situation.

This is what is starting to happen and there is a big danger for the capitalist class that large sections of the population will turn against the market - if not today, then tomorrow