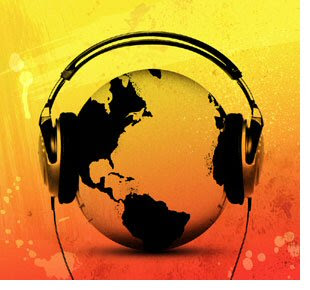 In most places around India, Maoists are an underground hit and run force... but in Central India's Bastar forests, they're well-entrenched. Join us today for an encore presentation of "Maoist India, the search for economic justice."

2009 witnessed a series of attacks by Indian Maoists on state security forces. Now, India's central government is hitting back with a counterinsurgency operation known in the media as "Operation Green Hunt". The official anti-Maoist campaign includes the deployment of some 75 thousand police and paramilitary forces across a swath of territory known as "The Red Corridor." Human rights activists fear the operation will largely target the indigenous rural poor who live in mineral rich areas. In fact, it could resemble the scorched earth campaign used by the Sri Lankan military to defeat the Tamil Tiger rebels. In 2006, FSRN's Vinod K. Jose traveled to the base areas of the Maoist rebels in Central India. Today, we bring you an encore presentation of the documentary, "Maoist India: The Search for Economic Justice."
Posted by nickglais at 4:11 AM