Maoism is needed everywhere in the world 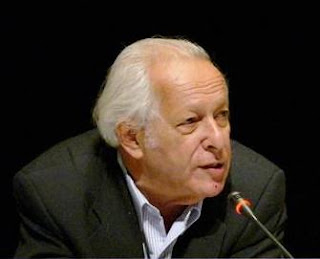 Can you tell us your ideas on how to organise?

I think that socialism cannot be global, that, it is not going to be tomorrow. It will take time. Therefore, we need, in order to have the struggles everywhere, in the north as well as the south, move into this direction, to rebuild, number one: the legitimacy of the socialist stance. Second: Internationalism and I call it an internationalism of workers and peoples to face the cosmopolitism of the international bourgeoisie led by the oligopolies of the imperialist centres. I think that the model should be inspired more by the First International, than the second or third or fourth.

The First International did accept the idea, or was based on the idea of a plurality of social and political organisations representing and defending the interest of working classes; organising in different ways. There were some of them organised in ‘leagues’, that was at the origin of the trade unions. Other ones as political parties-the first shapes, forms of political parties; other ones as, what is being called by a wording that I hate, ‘civil society’ i.e. associations of cooperatives of citizens for specific purposes in the same organization-that is plurality. Do not forget that in the First International there was not only Marx but also Bakunin as well as Proudhon. And, there were a large number of those different organizations. The pattern of the Second International was very different.

It was one country, one party, the good one; the Social Democracy of that time becomes the Bolshevik later, it was there at the beginning, one country; one party. And the conception of this being ‘the’ vanguard party, the only legitimate one that has the knowledge, and that has the exclusive knowledge, and that leads and the other popular organizations, particularly the trade unions are submitted. The Third International inherited that. It broke with the second on some fundamental issues with respect to Internationalism and the global war; the First World War and nationalism. This is not the vision of one country one party- the good one, the communist one, the correct one etc. Now, I think that the 4th international didn’t add anything to that, it was an attempt to bring back the 3rd International to what it was at its beginning, at best, nothing more.

We need, in the present circumstances, to bring together in each country a diversity of political and social forces, with local historically different traditions, with perhaps even leadership, historical leaderships with different ideology and cultures, and bringing them together in order to constitute, to have the conditions for building unity. This I call convergence in diversity or with diversity, convergence, not necessarily a united front that is an electoral alliance in most cases for the vanguard party to drag in other parties and organisations. This means to move away from sectarianism; completely, completely away from it. That does not mean that you bring anybody together without any principals, but with a straightforward, honest debate, continuous debate, with no polemics and with a common desire to identify strategic targets at each point in time. And, we see what that convergence will lead to. We are not doing, as Marx says, we are not boiling in the pot food for the future; later generations will invent their own cooking.

(Nb. Mikhail Bakunin and PJ Proudhon are the major theorists of Anarchist Communism, and Bakunin was the first to translate Marx’s Kapital into Russian)

Can you tell us something on Euro-centrism?

Well, Euro-centrism is a product of what I call ‘really existing’ capitalism i.e. capitalism can be analysed, as Marx started and raised in a very powerful way, at the highest level of abstraction i.e. the basic relation of production between labour and capital which explains the production and the extraction of the surplus value. That is a very high level of abstraction needed, fundamentally needed. However, we can look at historical capitalism as it developed from Western Europe and then expanding through the conquest, colonization and destruction of America and to the colonization of Asia and Africa. In addition, the international expansion in Europe, North America and later, Japan.

This historical capitalism has to be looked into as the other face of reality; the concrete way in which the relations, the capitalist relations of production, were embedded in historical relations. Now, that created the centre-periphery. And the centre started to be Western Europe. And from there Euro-centrism, which is an over simplification of the region of history which considers that what has happened in Europe is going to happen gradually elsewhere; Which is the opposite of what is possible because precisely the polarization means that periphery cannot catch up and cannot become centres in their turn. And, therefore, the blind alley in which Euro-centrism has put, not only Western thought in general but also more particularly political vision of the Left in general until today; including many of the honest socialists among them. There are, for sure, honest people struggling with the working classes; they cannot imagine precisely the imperial characteristics of capitalism that has made impossible the expansion of the European model for the rest of the world.

Can you tell us some of your views on the Chinese Cultural Revolution and revisionism?

That was a long and complicated affair. I think that Mao-and that was also his big contribution-understood early the pattern of political power coming out of the success of the Chinese Cultural Revolution. The centralisation of this political power was creating a kind of new, arrogant, potential ruling class, and potentially bourgeois. So, he was aware of that danger. He saw the example of the Soviet Union. And he saw, rightly, that the new bourgeois that was in formation in the USSR was not outside the party but was inside the party. That is, you just look at who are the new bourgeois in Russia and the former Soviet Republics; they are all the former Communists. i.e. the Soviet model was a model of state capitalism with some socialist dimension - I do not deny that; and even partly inherited from revolution some socialist dimensions that was becoming more and more basically what i call ‘capitalism without capitalists’.

But the normal tendency of ‘capitalism without capitalists’ is to become ‘capitalism with capitalists.’ Those capitalists came out of the ruling class within the Communist party. Mao saw that China was developing along the same lines and he saw the danger. And he tried to find out how to uproot the danger by a Cultural Revolution. I think the choice, including the choice of the name was not wrong- a Cultural Revolution that will transform, or help transform the Communists themselves and make for basic and eventually possible crystallization within the Communist Party of a potential new bourgeoisie. He looked up to forces to do that and I think it was the only possibility, probably. He thought that the youth could play that role, and they did play the role, because the youth in general see the injustice more quickly than the elders, and the youth has this feeling that this was what was happening in China and started the Cultural Revolution. Nevertheless, the youth are also, and i think this was a mistake by Mao; the youth also lack knowledge, a lack of mustering its own capacity to decide and so on. Moreover, this moved into various directions to the extent that the power systems which Mao himself was compelled to restore as a kind of centrally organised power. Now, the echo of the Cultural Revolution was tremendous. 68’ in Europe cannot be understood without 66’ in china.

It was with China as model example of the revolt of the youth which inspired the youth in the West. So the Cultural Revolution is not as negative as has been portrayed after Mao’s death, after the party moved to the right, after Deng even, at the beginning of the 90’s. But, it’s interesting, that in China itself, there is strong interest in restoring the legitimacy of the Cultural Revolution.

There were recent debates inside the Indian Maoist movement recently about working with Islamic forces to fight imperialism as the common enemy. Coming from an Islamic country originally-Egypt- what are your thoughts on this issue?

You can refer to my paper in Monthly Review some months ago with the title ‘Political Islam in the service of imperialism.’ I think that-I go back to my vision of the long transition- the first wave; the 20th century has come to an end. The second wave has not yet begun or is just starting. In between, you have a period of transition that is unclear. And in that period-and we are in that period, Socialism and Communism loses or appears to have lost legitimacy and so on. And there is lot of despair. And the people move to other forms of identities, there is a lack of a clear understanding, a clear capacity to understand their class identities.

They go to religion or rather para-religion or ethnicity or para-ethnicity as in the case of Sri Lanka, for instance, or former Yugoslavia or many other countries. And all these tendencies are in my view absolutely and fundamentally reactionary. Even if the circumstances are a response to an ugly policy of others; as in the case of Sri Lanka. Political Islam is the use of Islam by the most reactionary and in the service of imperialism. Imperialism has nothing against them. It has nothing against Islam, just as it has nothing again political Hinduism, the BJP. The Communists in India have the courage to call them (RSS/BJP) Fascists, and they are, and the same should be said of political Islam.

What do you think of the economic category of feudalism, as used by F.Engels, and the category of ‘semi-feudalism’ as used by Maoists to describe the mode of production in Africa, Asia, and Latin America?

I also never use this term and I question it. If you refer to my books, some of which are not very recent, I have suggested another pattern of analysis of the nature of class society, of previous capitalism and qualify them as ‘tributary-systems’ - feudalism is one of them specific to Europe. And, perhaps the use of feudalism, the culture of the use of word ‘feudalism’ to Asia is probably improper. Nevertheless, it is not very important.

Anything you would like to say to our readers:

Well, I think that Maoism is needed everywhere in the world; it is the specificity of our time. There are imperialist centres for sure and there are the oppressed peripheries of the imperialist global system. But the enemy is the same, the enemy is one, capitalism. Capitalism is in imperialist centres as well as subordinate peripheries and therefore understanding that characteristic of capitalism is the prerequisite for any significant internationalism in the north as well as the south. Therefore, in that sense, we need Maoism in the North as well as the South. Otherwise, we will have in the north a pro-imperialist left, and in the south, the bad response: political Islam and political Hinduism etc.
Interviewed by Roshan Kissoon and Chandra in Red Star Paper of CPN Maoist
Posted by nickglais at 2:06 AM